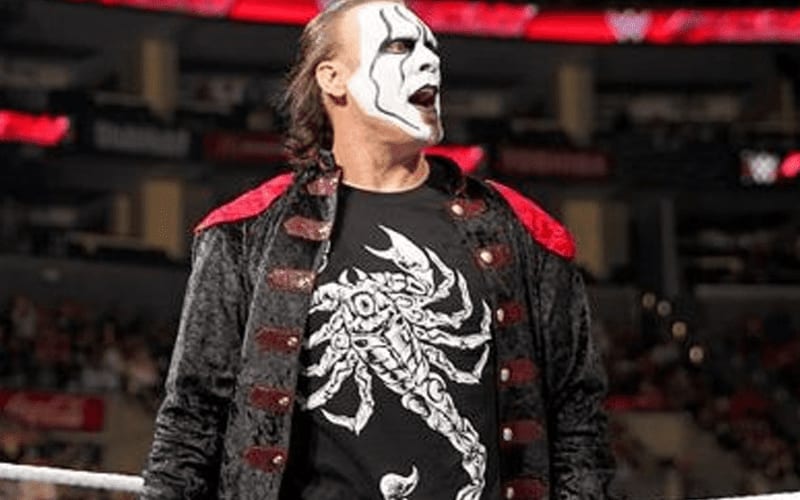 WWE action figure collectors were very excited about the new Mattel Legends line. Bobby Heenan, Greg “The Hammer” Valentine, Razor Ramon, and Sting were all set to be included. Then one WWE Hall Of Famer was missing when the figures went on pre-sale.

Sting was apparently pulled from the upcoming Mattel Legends line. The Major Wrestling Figure Twitter account released an apparent reason given for Sting not being included in this series. He’s apparently not available for them now.

“Due to circumstances out of our control Sting needed to be removed from Legends Series 7. We’ll look to include this figure in a future wave if he becomes available to us again.”

This is a very interesting situation. Not only is Sting apparently not being sold in this series after he was already included, but AEW is getting very friendly with the Stinger as well.

Images of this Sting figure were released by Ringside Collectibles. The action figure was done, packaging and all. Then it was apparently nixed. We are not certain as to why Sting was pulled, but the situation was out of their control. If this figure of Sting never sees store shelves those prototypes will be worth thousands of dollars.

There was a rumor that WWE and Sting might be able to work something out. It was reported that he agreed to appear at the Royal Rumble, but those plans were nixed in the 11th hour.