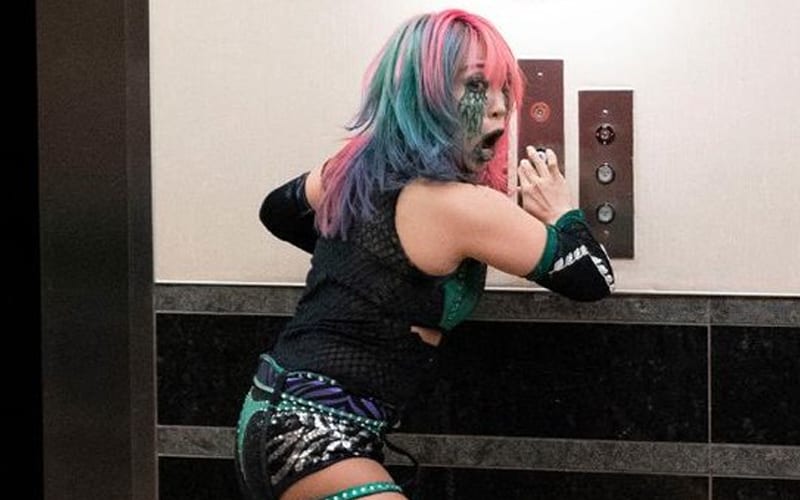 Asuka decided that the elevator is quicker than the stairs. It took way longer than usual. Fans cracked jokes about how long it took before Asuka emerged from the elevator that was only going up a couple of floors.

Others made jokes about why it takes staff forever to get meetings done at the WWE Headquarters. They’re apparently in the elevator for a majority of their day.

Asuka obviously saw the absurdity in this Money In The Bank spot. She posted an epic photo of herself smashing on that elevator button while trying to make the doors open faster.

We’ll have to see when Asuka cashes in her Money In The Bank briefcase. She might want to wait until there are fans around to give her the pop a Money In The Bank cash-in deserves. You never know when she might strike, but this is more proof that Asuka has excelled in the unique environments that WWE was recently placed in.

When do you think Asuka will cash in her Money In The Bank contract? Sound off in the comments below!