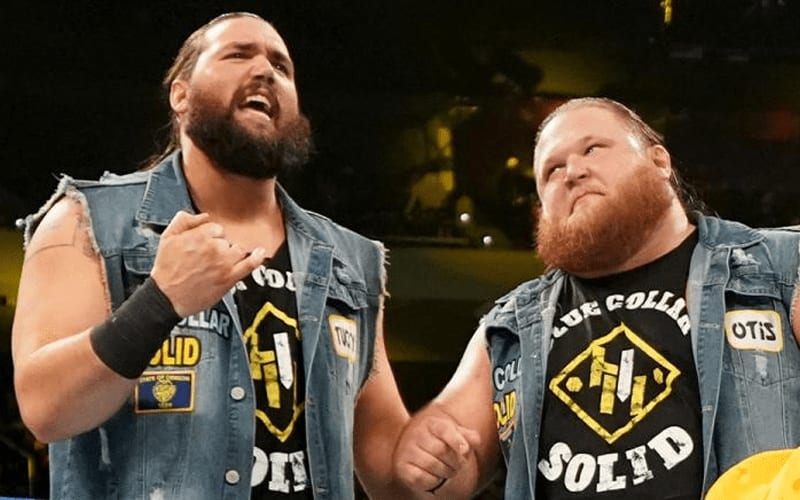 Otis won the 2020 Men’s Money In The Bank ladder match. It was a very interesting ending to a one-of-a-kind match. It didn’t take long for Otis’ former tag team partner Tucker to respond.

Tucker and Otis made up Heavy Machinery. Ringside News exclusively reported that Otis and Tucker were split up and now Otis is listed as a singles star. Tucker seemed to be more than happy for Otis as he tweeted out following his brother’s victory.

So proud of you my brother. #BlueCollarSolid no matter what. @otiswwe is Mr. Money in the Bank!

Ringside News also exclusively reported that Vince McMahon is a driving force behind Otis’ push. Tonight’s Money In The Bank pay-per-view proved that.

We’ll have to see what’s next for Tucky. You can never say never about WWE reuniting the team. For now Otis is walking alone and enjoying an incredible push.