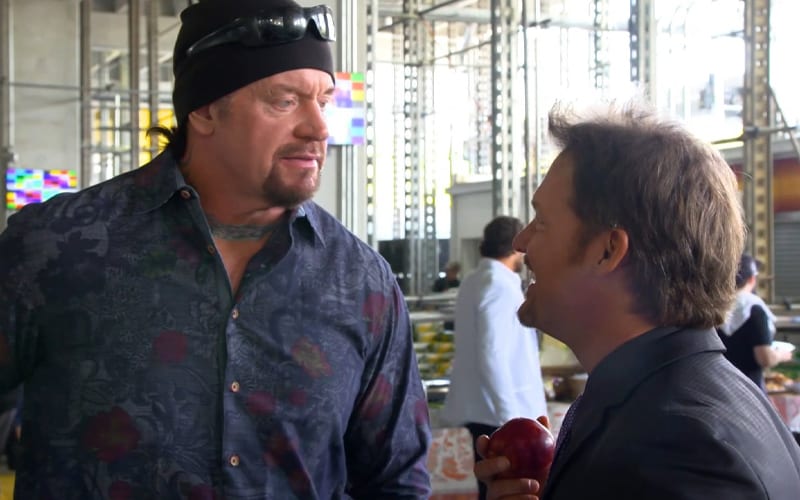 Chris Jericho is in the new Undertaker: Last Ride documentary series. He didn’t realize how much of him is included.

The Undertaker: The Last Ride’s first episode dropped early. It is now available to stream on the WWE Network. Footage of The Undertaker speaking with Chris Jericho backstage is featured during the docuseries.

One fan tweeted out a great screenshot of The Undertaker and Chris Jericho. Y2J was amazed to see the photo and he asked “Where did u find that?!”

Plenty of fans let Jericho know that the scene is included in the new Last Ride documentary. There are cameras backstage all the time at WWE events so Jericho obviously didn’t realize one was pointed at himself and The Undertaker at the time.

The Undertaker: The Last Ride is set to feature plenty of candid shots that fans never thought they would see. Chris Jericho was a bit surprised at some of the footage as well.