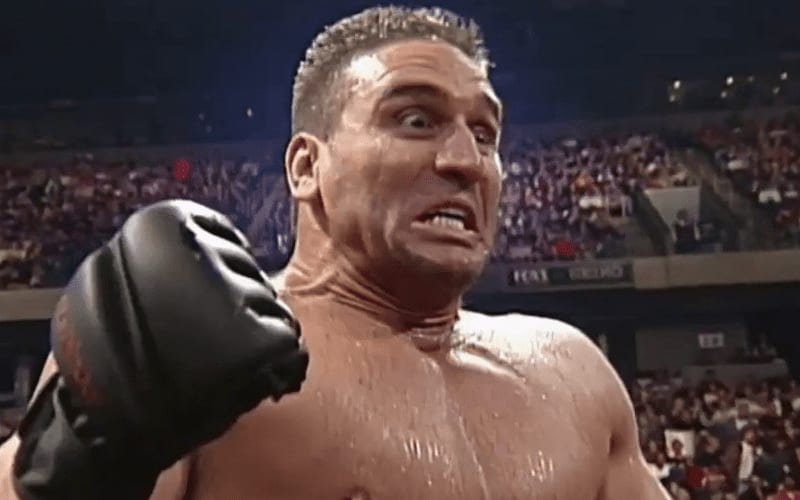 Ken Shamrock is the focus of the new book “Shamrock: The World’s Most Dangerous Man.” The telling story of Ken Shamrock’s journey through life pulled no punches, much like Shamrock during his own career. They apparently left one detail out.

During Wrestling Observer Radio, Dave Meltzer mentioned one reason that WWE never called Ken Shamrock back. When Shamrock left the company his then-wife called for an audit of WWE to make sure they weren’t shorted out of royalty money. It was then discovered that WWE did owe Shamrock money. This apparently didn’t set too well with Vince McMahon’s company.

“He always wanted to go back to WWE, but they would never do it. [The book] kinda goes into detail as to why. Some of the reasons, and the other reason that’s not in the book and that it that his wife that he’s not married to anymore — when he left they audited WWE as far as merchandise and WWE did not — they ended up finding that he actually sold more merchandise than he got credit for, but they did not like someone auditing them, calling for an audit. That was one of the problems.”

It was also noted that Ken Shamrock was “very, very wild on the road.” That didn’t help things. The new book about Shamrock’s doesn’t hide much, but they didn’t include this story about his WWE exit for some reason.