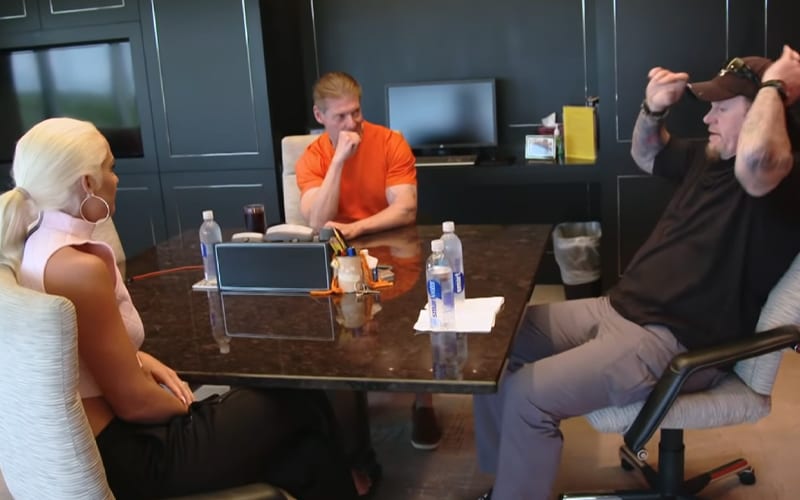 The Undertaker’s storied career could be wrapping up sooner than later. WWE seems to be preparing fans for the final phases of his legendary career with a five-part documentary series that will take a look at The Undertaker’s life fans never thought possible.

Vince McMahon and The Undertaker’s relationship is also well known, but it hasn’t been seen by many first hand. WWE will show much more of the two in this new special. A scene is shown in the newly dropped trailer with Vince McMahon asking the cameras to give them some time alone.

The Undertaker: Last Ride documentary will premiere following Money In The Bank on the WWE Network. This will be the first of a five-part series that will stretch until the end of June. The following dates for the new series are listed below.

The Last Ride series will probably make up for the past twenty plus years of keeping kayfabe for The Undertaker. You can check out the new trailer for the upcoming documentary series below.