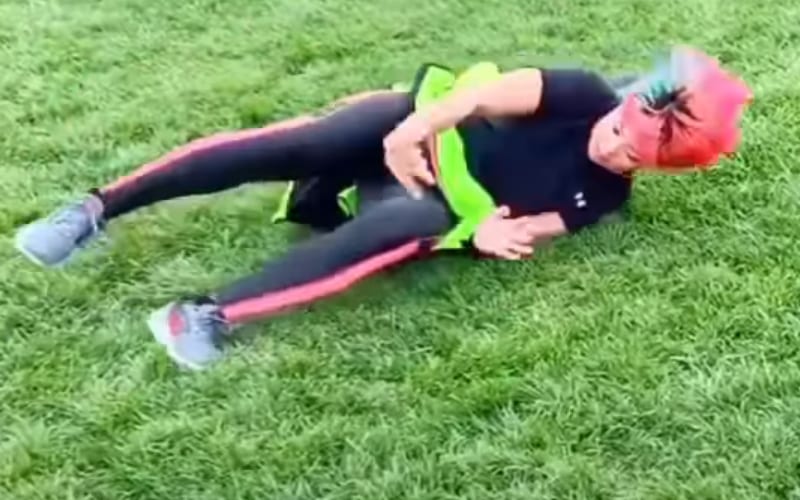 Asuka needed to prepare for Money In The Bank, but the gym is closed. She went to the park and used every bit of the resources she could.

The Empress Of Tomorrow showed off her very creative workout routine during a video on her YouTube channel Kana TV. It looks like she’s done a lot of these exercises in the past. One of them included scooching over the grass, but she almost had a crappy disaster.

Asuka said “there’s dog poop, that was close” as she nearly rolled over a present that a dog’s owner didn’t pick up when taking his K9 for a stroll. Always bring doggie poo bags because you never know if Asuka is going to roll in the grass later.

Since Money In The Bank involves a lot of climbing, Asuka took on an inclined rock wall they had at the park as well. She had a lot of fun and got very tired in the process.

Going to the gym might have been nice, but at least Asuka was able to enjoy herself and get some fresh air.