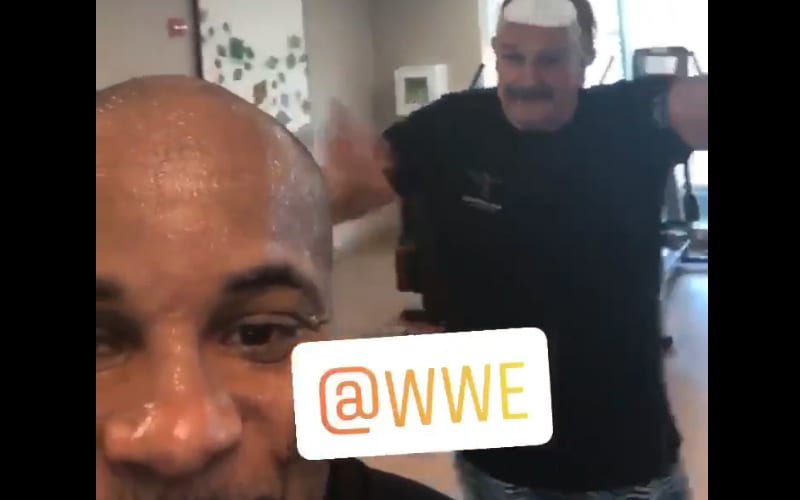 AEW stars and UFC fighters are sharing the same Jacksonville hotel. We can only assume that this is where Daniel Cormier ran into one of his pro wrestling heroes.

DC posted a video to his Instagram story from what appears to be a hotel gym. He was thrilled to announce that “I’m getting my morning workout and I run into Jake ‘The Snake’ Roberts!”

Jake seemed humble to have such a big deal made over him, but he should be used to it by now. Cormier also called him “one of the most violent heels in WWE history.” Then he said, “I’m starstruck.”

Roberts is appearing on AEW Dynamite so he made it to Jacksonville. He was also taking social distancing very seriously while staying with DDP. You can tell Jake Roberts is still being safe as he had a mask on, but it was off his mouth during the video.

This was a pretty great interaction between two people we didn’t expect to see appear in a video together today.

Have you ever ran into someone famous in the gym? Tell us all about it in the comments below!