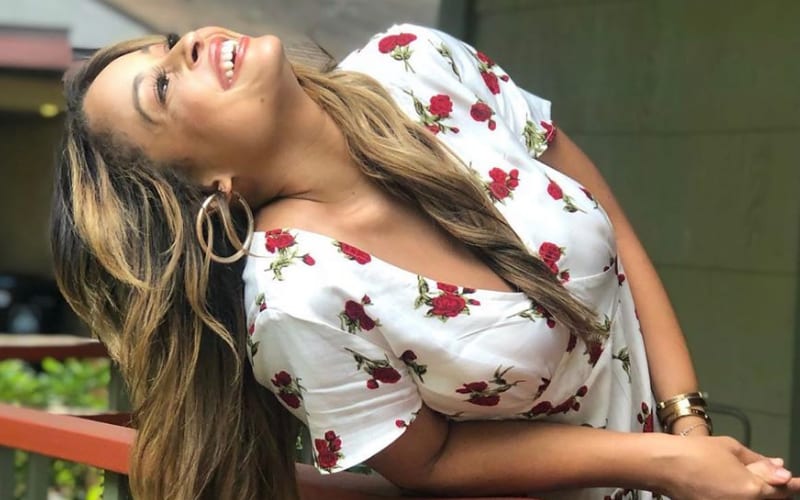 Plenty of couples Netflix and chill, but Kayla Braxton might be happy with a marathon of “Snapped.”

The WWE The Bump host has made it no secret that she’s single. She also admitted that she might be the problem due to her standards. She’s making it a bit easier for potential suitors now.

Kayla Braxton updated fans with an Instagram story recently. She included a meme that speaks volumes about the kind of relationship she’s looking for.

Find someone who loves murder documentaries as much as you do because there’s really nothing better than cuddling with your babe watching stories about people getting their head cut off with a steak knife.

Braxton posted this meme with a caption asking: “Where you at babe?” It looks like she has a certain set of criteria. Her potential mate must enjoy stories about gruesome mayhem. It’s only fitting since Kayla Braxton lives in the unpredictable world of WWE.

Would you fill out a boyfriend application for Kayla Braxton? Sound off in our comments below!