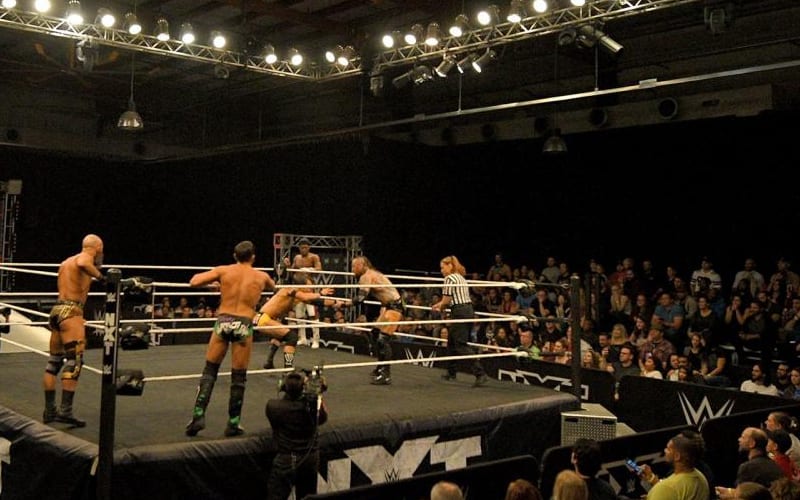 WWE has a few options right now. The state of Florida is relaxing their social distancing policies as the state re-opens. Soon they will hopefully be permitted to have 25% capacity full during their television tapings.

Florida Governor Ron DeSantis made it clear that re-opening live events is important to him. He believes people need the entertainment. This is why WWE, AEW, UFC, and any other sporting or entertainment group is welcome to produce their content in Florida.

Ringside News has learned that at this time there has been no backstage talk about WWE allowing fans back in the building.

Vince McMahon stated during the 1st quarter 2020 earnings call that they are considering possibilities to move in fans. At this time the decision still rests on Vince McMahon and Kevin Dunn to make. It has “not trickled down to the lowly staff” as it was put to us.

We’ll have to see when WWE allows fans back in the building. It’s only a matter of time. Hopefully, this will also help ratings whenever WWE is permitted to have some actual voices in the crowd. At this time it is unclear why Vince McMahon still refuses to place Superstars around the ring.

wpDiscuz
5
0
Would love your thoughts, please comment.x
()
x
| Reply
You are going to send email to
Move Comment