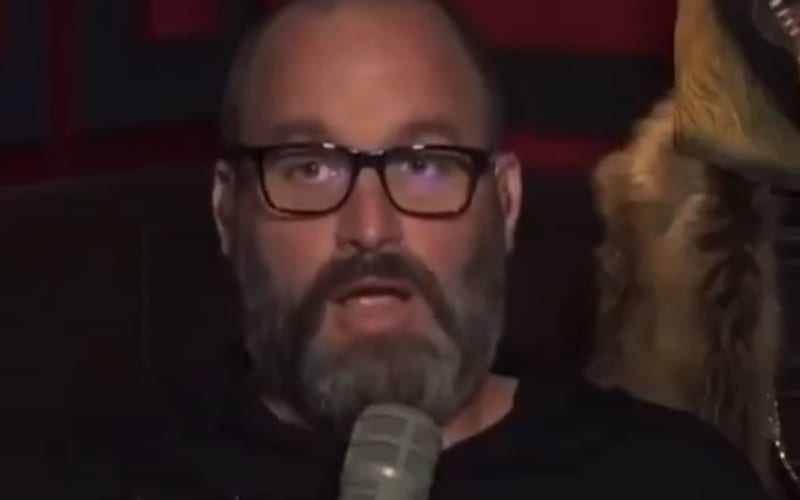 On a recent episode of their podcast, Segura cracked on pro wrestling in a bad way. He straight-up said that wrestling is for ret*rds.

“So many guys that love wrestling. I think wrestling is for f*cking ret*rds, but so many people like it. It is the stupidest sh*t and I think you’re a f*cking tool if you’re like ‘hey man, it’s not f*cking fake.’ It is fake and you’re a f*cking idiot.”

He went on to expand on how pro wrestling isn’t real. He used a lot of talking points that people usually go with when they don’t want to give pro wrestling a chance. He obviously sees no entertainment value in pro wrestling except to rip on it.

He continued and said that WWE should change their tag line to “We Are For Diminished Capacity.” Pazsitzky chirped in saying: “They’re dumb.”

Dolph Ziggler was a fan of the two comedians. He is a comedian himself. He extended a bit of an olive branch as he offered to come on their show and talk things over. Segura invited him to come on and have a chat. Let’s see if they can make that happen.

King Corbin tweeted back to a video of these remarks calling Segura a pile of sh*t while using an emoji.

This is the same kind of opinion that we’ve all heard a million times before about pro wrestling. At a time like this when pro wrestling is experiencing such a bad time it hits especially hard to have a comedian come at wrestling fans like this.