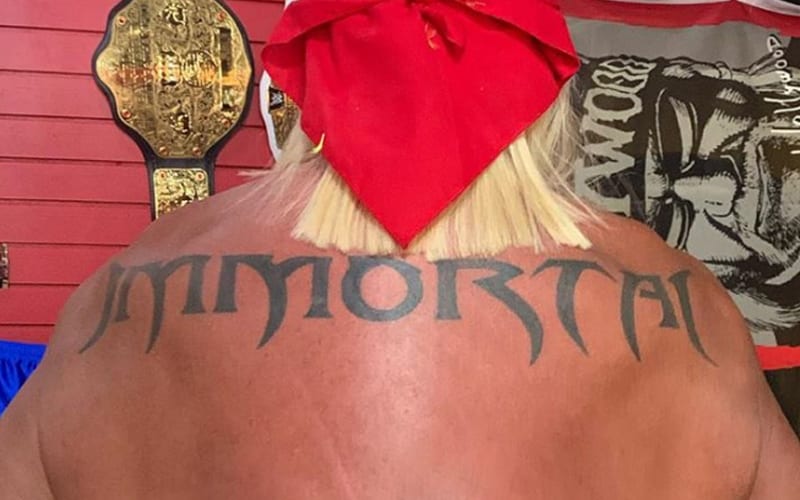 Hulk Hogan has been through a lot in his legendary career. After 10 back surgeries he’s still feeling great.

The Hulkster recently updated fans with a new photo of his scarred-up back. He just had his 10th back surgery last year, but he healed up. Hogan is confident and flexed for a photo while saying that he can still take on the WWE roster, brother.

10 surgeries you can hang a MAC truck from my back and I’ll still take the whole WWE roster on brother!!!!

Hulk Hogan really wants to wrestle again. He doesn’t like the thought of his final match taking place in Impact Wrestling. He talked with Vince McMahon about wrestling him at WrestleMania. That might not be probable, but you can never say never in WWE.

Would you like to see Hulk Hogan come back for another match? Sound off in the comments below!