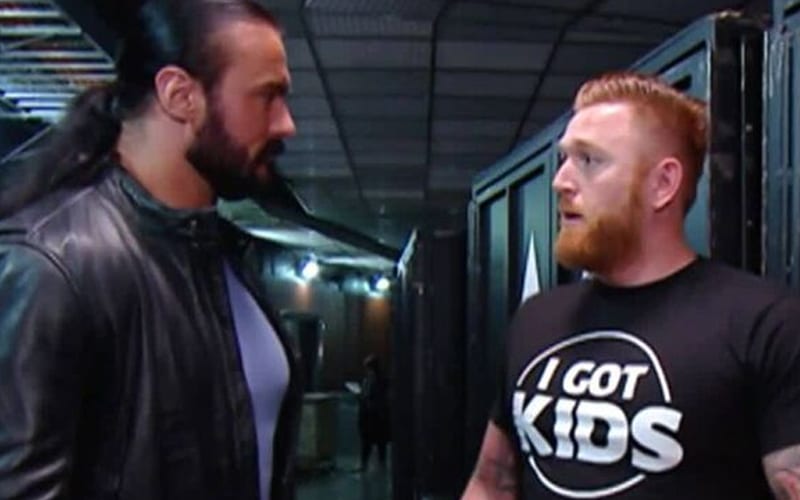 Heath Slate spent 16 years in WWE, but he even admitted that his run in the company had grown stale. Now he is free to do as he pleases, but Slater really wants to prove himself.

While speaking to Metro.Uk, Drew McIntyre was asked about his recently released friend. Slater appeared on WWE The Bump to say how proud he was of McIntyre. Then a couple of weeks later he was released.

McIntyre stated that he’s been giving Heath Slate advice and the One Man Band already has a game plan. McIntyre has shared advice and hopefully, Slater’s path back to WWE is already beginning.

“Heath’s already got a game plan he’s forming,’ he added. ‘I’m giving him advice on what to do. He’s gonna really get to show the world what he’s capable of.”

Heath Slater and Cody Rhodes have traded some comments back and forth. Cody joked about AEW never signing Slater. You never know what could be possible down the line. Heath Slater could be a great addition to any roster.

Do you want to see Heath Slater in AEW? Will he return to WWE in three years with 40 pounds of extra muscle and become WWE champion? Sound off in the comments below!