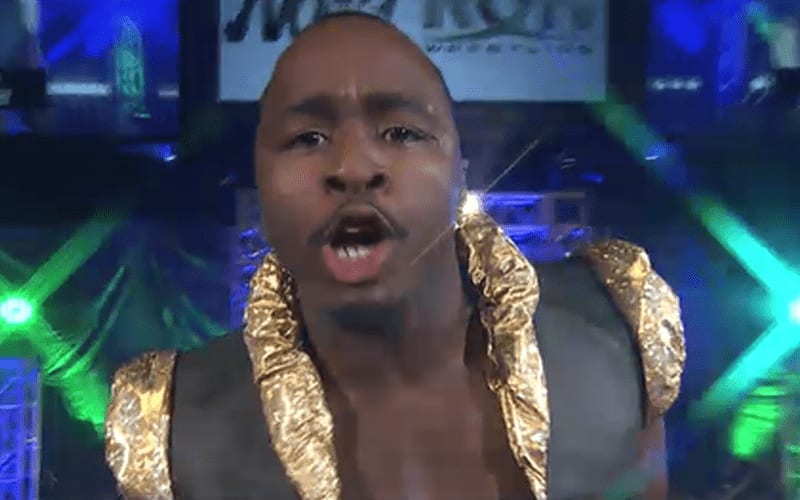 ACH went ballistic with a string of angry tweets toward WWE. He didn’t appreciate the fact that his NXT t-shirt resembled blackface when put on a black t-shirt. This caused a downward spiral that resulted in his release after saying that “WWE doesn’t care about black people.”

While speaking to the Submission Squad podcast, ACH had a chance to give his side of the story. He is able to look back now and he wishes that he had handled the situation much differently. Now he admits that he should have put the phone down and never sent those posts.

“I always do my best to be a positive person, and I always try my best to be a good person. And man, being attacked by people you don’t know coming from all angles, all cities, states, countries, telling you you’re wrong. It’s like, f*ck, dude. It broke me. It really rocked me to my core. And I’ll be honest. I wish I could’ve did things differently. I wish I would have just turned my phone off and just kinda let things die down but being so in the moment and angry, and feeling like no one’s listening to you. I felt like I was trying to tell everybody something, my side or like, trying to be heard. And I was just constantly being ignored. So I would pick up my phone and say ‘You’re not listening!’ And I would just start texting and going off, and ‘This guy, blah blah blah.’ And I remember sitting back and thinking, ‘Man, this is not me’…but I was so angry, and I felt like I was not being heard, and I was constantly being attacked.”

ACH is on his own now. The indies are halted due to the current global situation, but odds are his exceptional ability will get him plenty of work when the time comes. Hopefully, he can approach things with a bit more clarity next time around.