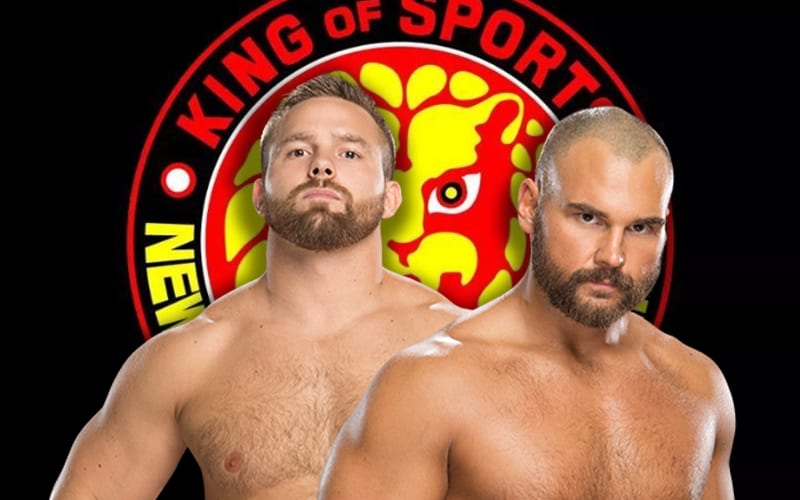 WWE released the Revival and now Scott Dawson and Dax Harwood are the same person. Dash Wilder is now Cash Wheeler, but they’re both still Top Guys. A lot of fans see AEW in their futures, but New Japan Pro Wrestling could be a viable choice too.

You forgot to tag me, dude! *Fingers through the hair* wooo! Exhilarating!

Wheeler tweeted back to joke about just how devastating KENTA’s knee strikes are. Then he included a very interesting tag to the tweet where he said that they’ll be seeing KENTA again soon.

Only one million pounds of pressure from knee to jaw.

The former Revival could do a lot in NJPW. The two could also put on some incredibly stiff matches. Let’s see what’s next for them, but AEW allows certain stars to work for NJPW as well.

Do you want to see the Top Guys in NJPW? Sound off in the comments below!!