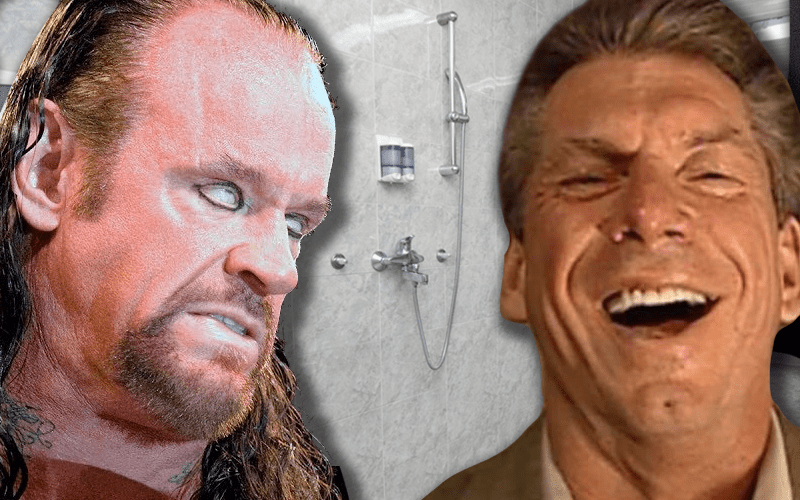 The Undertaker’s character is iconic in WWE. Before he was given that character, he had not idea what Vince McMahon would hand him. He certainly didn’t know the longevity that The Undertaker character would have in the pro wrestling business.

While speaking about his first meetings with WWE on The Broken Skull Sessions, The Undertaker expressed concern that he would be given a singing character. This happened after a small slip of the tongue while talking about his abilities.

“We have a meeting and I feel like the meeting is going along pretty well. I’m bring pretty charming and you know I get the question, ‘You got any hidden talents?’ I’m trying to be funny, ‘Well, you know I’m a pretty good singer, I sing in the shower pretty good.'”

“As soon as I said it, I knew I shouldn’t have, right. I was like, ‘Oh crap.’ This is a time when they got some outlandish gimmicks going on, you know? I’m just thinking, ‘Oh crap I wish I hadn’t had said that,’ you know.”

“You know Vince how he is, ‘Oh really? You sing in the shower, huh?’ On the inside I’m just cringing. I’m no-selling on the outside, but on the inside I’m thinking, ‘Oh you screwed up, man you’re gonna be shower boy,’ or something like that, you know?”

The Undertaker hasn’t been given a musical segment in WWE yet, but there’s still time. It’s a good thing that Vince McMahon let the fact that Taker could sing slide by the wayside because he had an idea taken from an old west movie as an undertaker to give him instead.