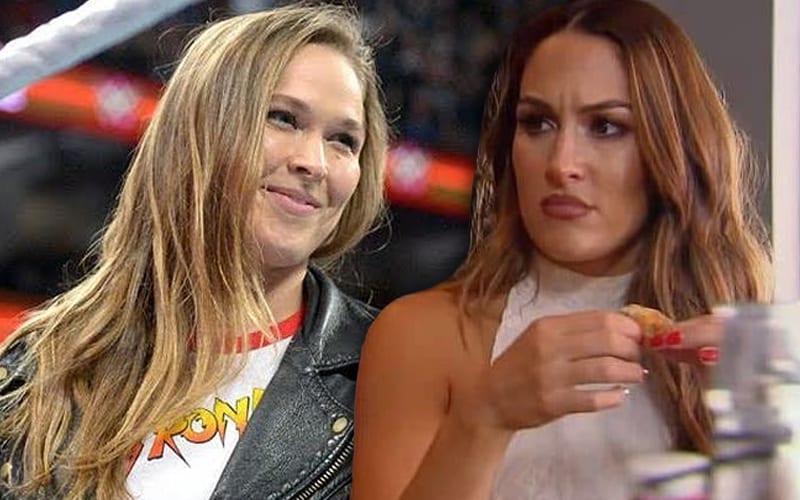 Ronda Rousey’s WWE debut at the close the the Women’s Royal Rumble was a big moment, but it wasn’t well received by Nikki Bella.

E-Online reports that in Nikki Bella’s new memoir Incomparable, she revealed that Ronda Rousey debuting in the way she did was a “slap in the face” or all the women who were in that match. It seemed to overshadow everything else that happened that night.

“It was nothing against Ronda—it is thrilling that she is at WWE—but it was a bit of a slap in the face to all the historic women wrestlers who had come out for the match, the main event, only to have the moment upstaged by the Ronda announcement. It just didn’t need to happen like that.”

Rousey and Bella ended up working together at Evolution where they had the main event match of the first and only all-female WWE pay-per-view so far. They also used some of that real-life heat between Bella and Rousey in the midst of that program.