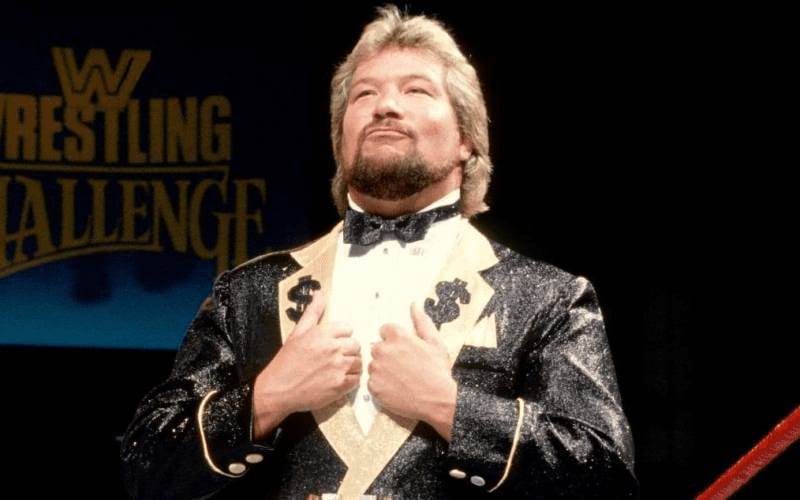 Former WWE developmental talent Brett DiBiase was involved in an embezzlement scandal that is the largest in the history of the Mississippi Department Of Human Services. New findings were released about the scandal.

Brett DiBiase wasn’t the only named in the scandal. He was given funds to go to drug treatment in Malibu that was actually intended for Mississippi’s welfare programs. According to the report, DiBiase was allegedly given money for teaching classes that he did not do.

WWE Hall Of Famer Ted DiBiase’s non-profit organization Heat Of David Ministries had reportedly received $5,000 in grants in 2013, but brought in $271,000 in welfare cash.

Brett DiBaise was hired as a senior official at the Mississippi Department of Human Services. During that time, DiBiase’s group received as much as $900,000 one year.

Heart of David Ministries spent $2,126,739 from May 2017 to 2020. While they were receiving money from the State of Mississippi, it is reported that 98% of welfare requests were turned down by the State.

A portion of yesterday’s findings from the reads as follows:

The audit’s formal finding is that over $94 million of that grant money has been “questioned,” meaning auditors either saw clear misspending or could not verify the money had been lawfully spent.

In the report, it was stated that examples of questioned spending included:

•           MCEC and FRC used TANF money to hire lobbyists with TANF money, which is unallowable, often with no paperwork describing the work the lobbyists were hired to do.

•           MCEC and FRC paid large sums to wrestlers Ted Dibiase, Ted Dibiase, Jr., and Brett Dibiase for work that was not performed, for unreasonable travel costs, or with little proof the programs helped the needy.

•           MCEC and FRC used TANF money to fund religious concerts with no proof they benefitted the needy.

Among the grantees, MCEC was particularly dependent on TANF funding and engaged in extensive misspending. From 2016 to 2019, MCEC was given over $60 million in grants from DHS, while raising just under $1.6 million from other sources. Examples of questioned spending at MCEC included:

•           MCEC paid Victory Sports Foundation TANF money for fitness programs for Mississippi legislators and other elected officials/staffers at no charge.

•           MCEC purchased three vehicles with grant funds, each for over $50,000, for Nancy New (Director of MCEC), Zach New, and Jess New. MCEC also paid salaries, cell phone bills, and other costs for a variety of members of the New family.

•           MCEC transferred over $6 million to a private school and organization owned by Nancy New and also purchased curricula and supplies with TANF funds for the school.

•           MCEC issued a $3,000 check to the bookkeeper of MCEC with a handwritten note saying the payment was actually for John Davis.

•           MCEC paid a variety of consultants, including Jess New, for no clear deliverables or where there was no proof the spending met TANF requirements.

•           Zach New took a loan out against his MCEC retirement plan and repaid the loan with TANF money.

•           MCEC paid excessive rent well above market value to a holding company owned by Zach and Nancy New. Sometimes the rent paid for spaces that were not used for TANF-related purposes.

This is not a good situation to get wrapped in the middle of. There is a lot of money to be accounted for. We will keep an eye on this on-going story right here at Ringside News.