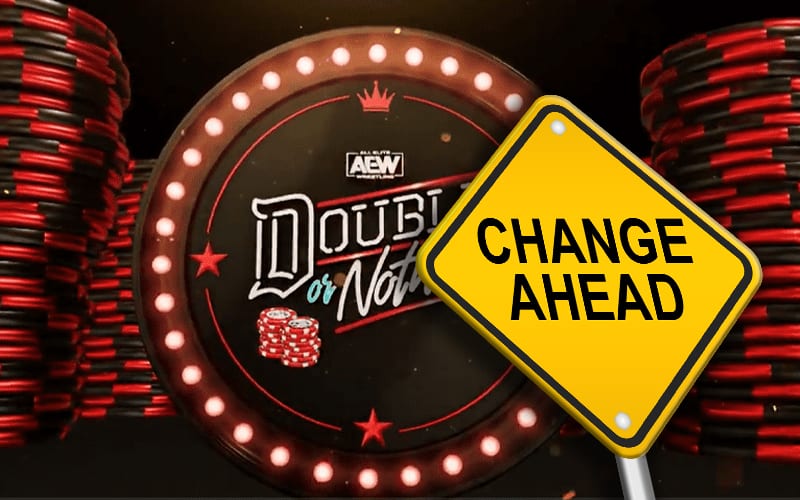 Jon Moxley stated that after he won the AEW World Title the whole world went to hell. AEW is carrying on, but their plans are “in flux.”

While speaking to Wrestle Talk, Jon Moxley discussed his future plans. Double Or Nothing’s build was destroyed by COVID-19 and they were forced to carry on with zero fans in unique surroundings.

Moxley stated that it doesn’t matter whether he’s working in front of zero fans or 1,000. He will continue to go out there and give every bit of effort he has in him. He continued to reference how Double Or Nothing plans for his AEW World Title program were screwed up as well.

“Needless to say everything got screwed up. Plans for everything going forward are in flux and yeah, I don’t wanna give anything away or anything like that, but for me it’s about taking every… you know, the future’s real weird right now it’s all kinda touch-and-go, yeah obviously.”

“Circumstances aside I’m gonna get in the ring whether there’s nobody in the audience or 1,000 people in the audience, whatever it is. I just take whatever opportunities are presented and make the most of it and work my ass off in the ring and just put in 100% effort.”

Jon Moxley defeated Jake Hager inside an empty Daily’s Place. He has appeared on Dynamite in off-site promos, but next week Moxley will be live on Dynamite again.

When AEW is permitted to fill Daily’s Place to 25% capacity there could be around 1,300 fans in the outdoor venue.

It’s not likely that AEW will have any fans inside Daily’s Place next week. Jon Moxley will still be there to progress the company toward Double Or Nothing. Hopefully, a #1 contender for his AEW World Title will be determined soon as well.