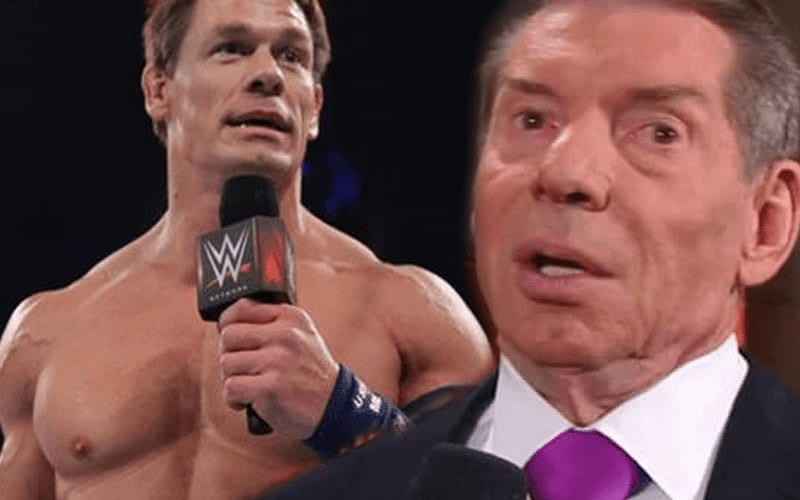 John Cena doesn’t come around WWE very much anymore. His Hollywood career took him out of the squared circle and brought him to the big screen. He spent a decade on top of WWE carrying the company on his broad shoulders.

Vince McMahon used John Cena as the face of WWE for the longest time. Jim Ross was around for some of that stint on top for Cena and he understands why Vince McMahon decided to put so much responsibility on him.

During Grilling JR, the WWE Hall Of Fame announcer revealed that John Cena’s drive and dedication for pro wrestling is what helped bring him to the top. Vince McMahon’s decision to keep Cena on top was in response to all of the hard work Cena kept putting into remaining a top WWE Superstar.

John Cena was open to new ideas and willing to do what it took to help the company. The fact that he wasn’t injury prone helped as well.

“Passion, John’s passion was overwhelming,” Ross said. “His dedication to his craft was overwhelming. I don’t know that anybody had any doubts that I talked to. I don’t think there were any massive apprehensions because we knew we were going to the right guy. Here’s the thing about this, John was a guy who never said no, he worked his ass off for seven days a week or 10 days a week if there were 10 days in the week. He loved what he did. His record for Make-A-Wishes, granting wishes for terminally ill children, nobody is even close. That was the kind of guy he was, he would never turn anything down that’s the kind of guy he was.”

“He did everything he was asked to do. Because he was such a big star, the people that were asking knew John liked to do these and he won’t say no. All of a sudden they get the top talent who isn’t going to say no so they’re silly not to ask him. He didn’t turn anything down but the cover. He was just always there, we didn’t have any issues of if John was injury prone. He worked all the time, worked a hard style. The point being is at no point did we lose confidence that John Cena wasn’t going to hold up.”

John Cena’s most recent match was at WrestleMania 36. He didn’t take any bumps during that strange cinematic offering. We’ll have to see if he does eventually return for another run on top of WWE. If John Cena does come back it still makes no sense to put him anywhere except on top.

Do you think John Cena will ever return to WWE for another real run? Sound off in the comments section!