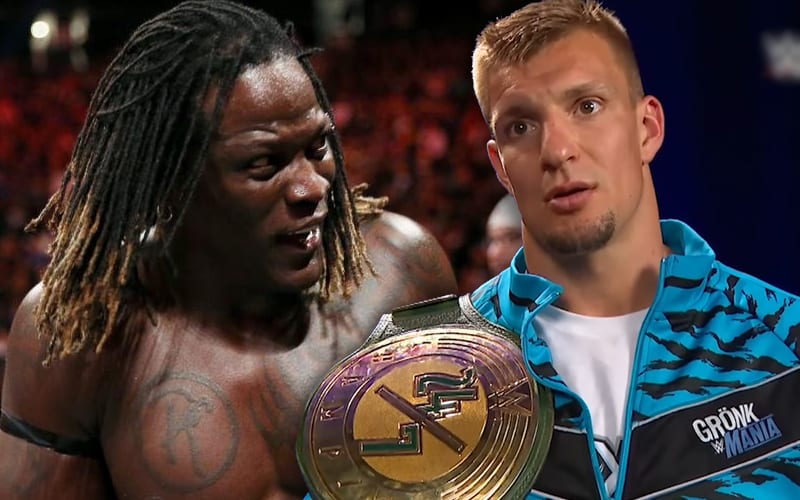 R-Truth lost the WWE 24/7 Title and he wants it back. The problem is that Rob Gronkowski has it, and he’s getting ready to move to Tampa to be a Buccaneer.

Truth tweeted out to send a message to Gronk. So far the former New England Patriot hasn’t said anything in return. It’s safe to say that R-Truth would slap a schoolboy pin on Rob Gronkowski in a heartbeat to get his WWE 24/7 Title back.

Mojo Rawley has also seemingly disappeared with Gronk. They might have been a package deal on WWE television. R-Truth probably doesn’t care who he needs to pin. He just wants that title back on television and around his waist again.