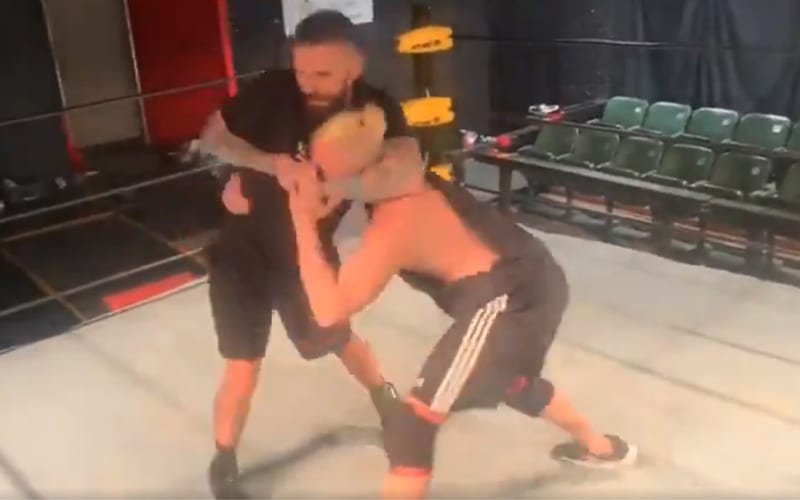 Corey Graves had to retire from in-ring competition before receiving a call-up from NXT to the WWE main roster. He made it to both Raw and SmackDown, but it was as a commentator.

Graves stated that he contemplated trying to get medically cleared after Edge did the same. It’s unclear if he’s close to doing that, but the WWE announcer recently knocked off some ring rust with his brother Sam Adonis.

Adonis tweeted out a video of himself and Corey Graves running the ropes. He said his brother still has it as well.

Had a blast in the ring with my Trainer @WWEGraves for the first time in 5 years! Although, he did hit my with the STO that I stole from him! #YouStillGotIt #HardWorkPaysOff

It is interesting that Corey Graves stepped back in the ring like this. There is probably nothing to it, but at least the Savior Of Misbehavior can still run the ropes.

It is the first time in 5 years that the two brothers were able to work in the ring together. In a day where social distancing has messed up so much about pro wrestling it’s cool this moment was able to happen.

Do you think Corey Graves should return to the ring? Sound off in the comments below!