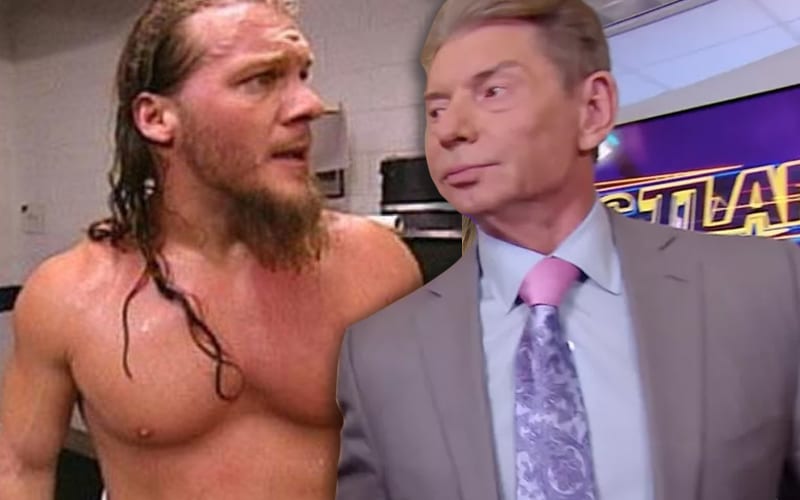 Chris Jericho has taken part in several memorable segments throughout his pro wrestling career. It’s a good thing he was able to avoid this situation.

During Talk Is Jericho, Y2J was discussing Vince McMahon with Jim Ross. The two traded stories when Jericho revealed a segment on RAW where McMahon wanted him to be nude in the ring. It didn’t matter if there were children in the audience either because McMahon wanted it done.

“I remember that one week [when] The Dudley Boyz stole Christian and I’s clothes from the locker room and then we go out to the ring in towels and then Spike Dudley comes up and pulls our towels off and we’re naked. This is Michael Hayes telling me this and I’m like ‘how are we going to be naked?’ He goes, ‘you’re really going to be naked.’ I’m like, ‘what? The f*ck I am, there’s no way!’ Then Vince comes in and says, ‘hey pal, I heard you’ve got an issue.’”

Chris Jericho told McMahon that he had an issue being nude. He asked Vince McMahon what they would do about impressionable children who might be there. “Well, you’re gonna be naked,” McMahon replied with a one-track mind.

The segment was supposed to include Bubba Ray Dudley pouring out a bunch of lingerie from a bag for Jericho. McMahon was apparently a bit bummed that Chris Jericho didn’t love the idea. We can only imagine McMahon said “this is good sh*t, pal” during at least one point in the conversation.