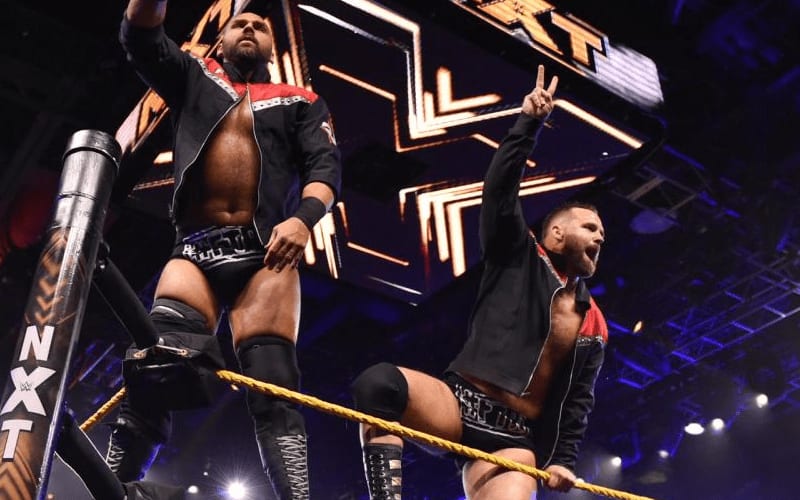 The Revival are no longer with WWE, but Vince McMahon’s company isn’t finished with them. They want to make sure that Dax Harwood and Cash Wheeler don’t take anything with them.

The Top Guys registered a few trademarks including “No Flips, Just Fists,” “Top Guys,” “Say Yeah,” and #FTRKO. According to PW Insider, WWE has actively started the process to block those trademarks.

WWE requested a 90-day extension to oppose trademarks that their former Superstars tried to lock down. If they can do that then it will effectively stop the two from using those pieces of intellectual property in their characters after leaving WWE.

We can’t imagine why WWE would want to hold onto any of those trademarks. Following the Top Guys’ exit WWE also registered a copyright for “The Mechanics,” a name The Revival almost used, but never did.

The company released Harwood and Wheeler from their WWE contracts effectively immediately. They were immediately free to do as they wish, but the entire pro wrestling world was at a stand still due to COVID-19.

WWE has until August 26th to officially file an opposition to the trademarks that the former Revival applied for. They can also request another extension.