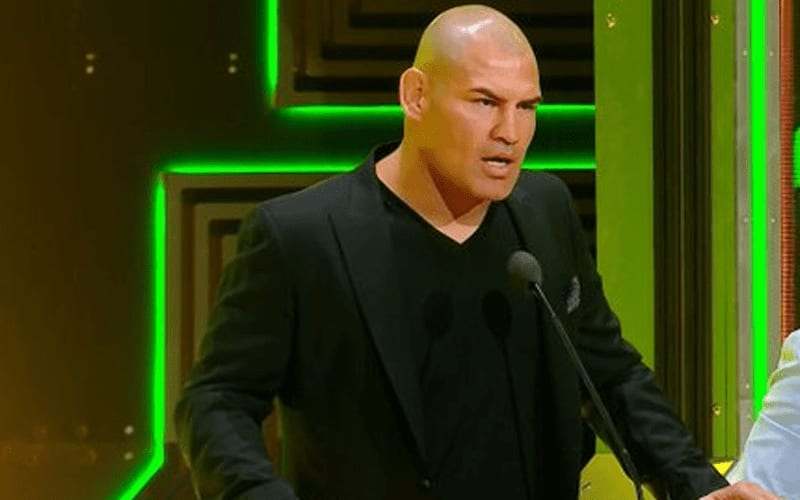 Cain Velasquez was released from WWE. The company essentially brought him in so Brock Lesnar could get a big win back and Velasquez could tag with Rey Mysterio in Mexico City.

Fightful Select reports that Cain Velasquez’s WWE release happened this week. It did not take place on April 15th along with so many others. As of right now, there are no more names to be announced of people who were cut.

The word of Cain Velasquez’s release came this week, and there are other names that have been cut that WWE didn’t publicly announce. Everyone we’ve talked to at the WWE Performance Center and in WWE said Velasquez was very nice and respectful when he was around. His deal was scheduled to go into the fall of 2022.

Cain Velasquez’s WWE deal ended two years before he was expecting. At least he seemed to leave a good impression. You never know what he might have been able to pull off in WWE. His career in pro wrestling might not be done yet.

Were fans robbed of a ton of great Cain Velasquez moments in WWE? Sound off in the comments below!