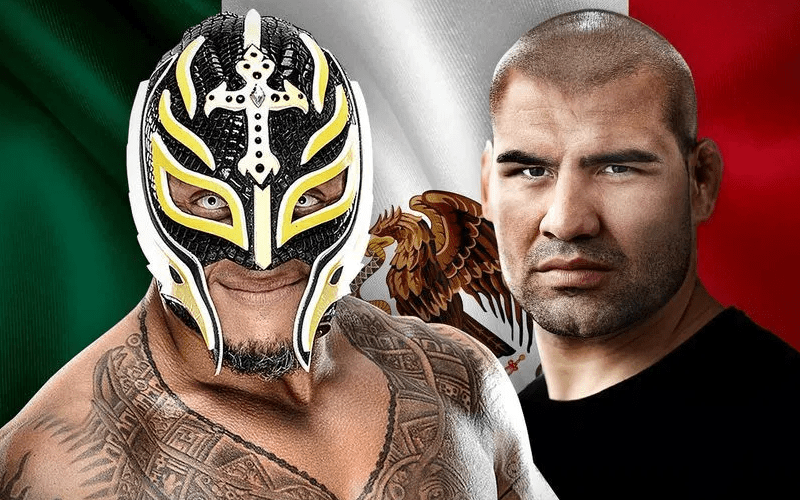 Cain Velasquez came into WWE alongside Rey Mysterio in storyline and they’re already getting booked as a team.

WWE has confirmed that Rey Mysterio and Cain Velasquez will team up during the November 30th live event in Mexico City, Mexico.

In WWE’s official announcement of the match, they described this very special occasion as the two will team up for the first time.

Things at the WWE live event in Mexico City are going to get much more spicy with the presence of Cain Velásquez.

As reported by Record , the former UFC full-weight champion and most recent WWE hiring will be presented on Saturday, November 30 in the Mexican Republic for the first time since its premiere in the professional wrestling in the summer. There, Velasquez will take over with Rey Mysterio to face rivals that will be announced later.

Their opponents were not listed in the announcement. If WWE is going to really capitalize on Cain Velasquez as a big Latin American draw then placing him with Mysterio is a very wise move.