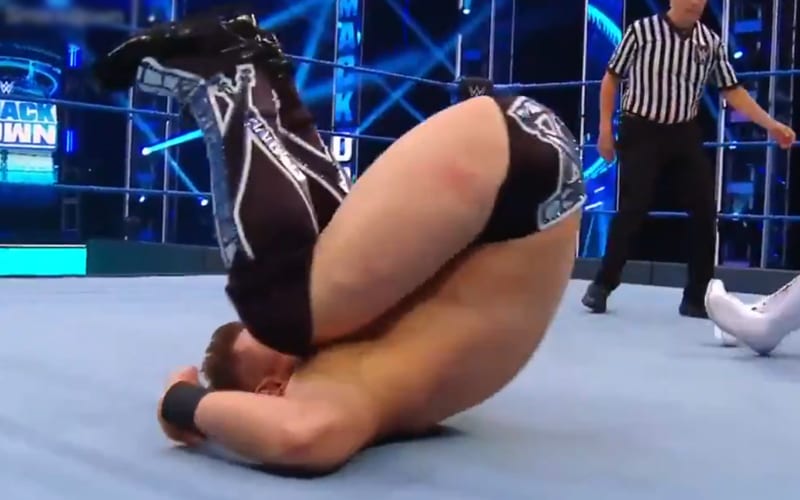 The Miz and John Morrison discovered that the Lucha House Party are no joke this week on WWE Friday Night SmackDown. The Miz also proved that he can pull off a nip-up in the process. He almost botched it, but the A-Lister was able to pull off a clutch move.

The Miz nipped-up this week and landed the move, but he stumbled backwards a little bit. The ropes saved him and he was pretty pleased with himself. He also won a bet with Morrison when pulling off that move.

[email protected] bet me I couldn’t do a nip-up. I won. #NailedIt

It’s nice that The Miz can joke about this moment. Plenty of fans noticed the spot so the Most Must See Superstar In WWE chimed in.

Scale of 1-10, how well did The Miz pull this move off? Sound off in the comments below!