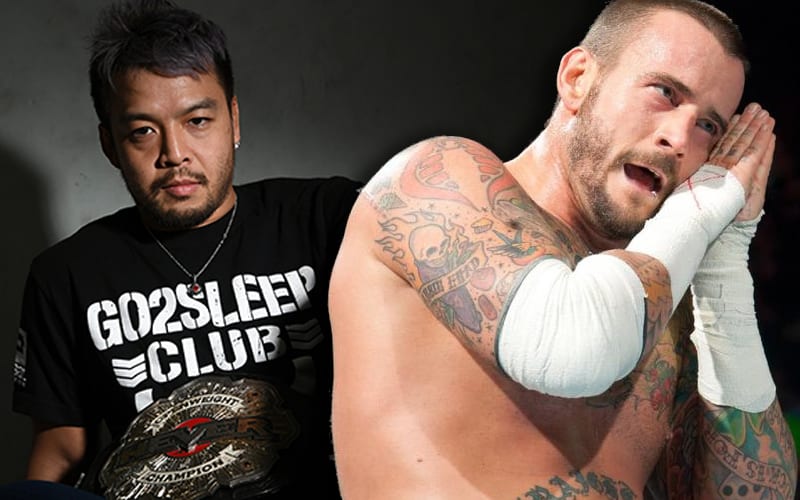 CM Punk was known for taking out opponents with his GTS finisher, but he wasn’t the first to use the move. KENTA is no longer Hideo Itami and he’s happy to remind people who invented this move. He might wants some royalties as well.

KENTA saw a clip of his Go 2 Sleep finisher. He remarked that it was “before someone used it in WWE.” One fan replied back saying that CM Punk did the GTS finisher better. KENTA doesn’t give a f*ck.

I don’t give A F**K.
And let me tell you one more fact.
I always open my arms for that someone pay royalties to me.

KENTA fired back at another fan saying that he’s better looking than CM Punk too. We might never see CM Punk vs KENTA in the ring, but it seems like this is a battle that KENTA wouldn’t mind waging online.

Who do you think did the GTS better? Sound off in our comments below!