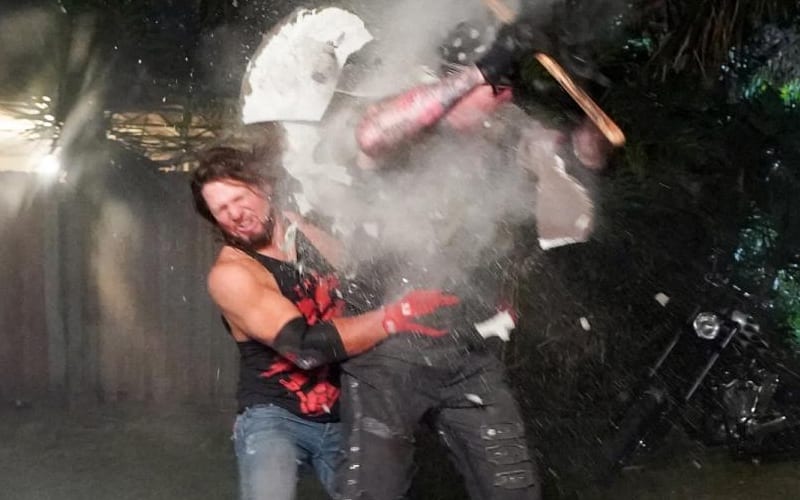 WWE has a lot of things on their official shop. Now you can add dirt to the list of things you can buy from Vince McMahon’s company. This dirt comes in a nice frame too.

The company is now taking pre-orders for WrestleMania 36 Boneyard Match plaques. These $75 plaques contain a square of the dirt used in the WrestleMania 36 encounter where AJ Styles and The Undertaker battled in a cinematic fashion.

The product details as listed on the WWE Shop are as follows:

WWE only made 536 of these for some reason. They might have ran out of dirt. They will ship on May 8th if you want to own a dirty piece of WrestleMania history.