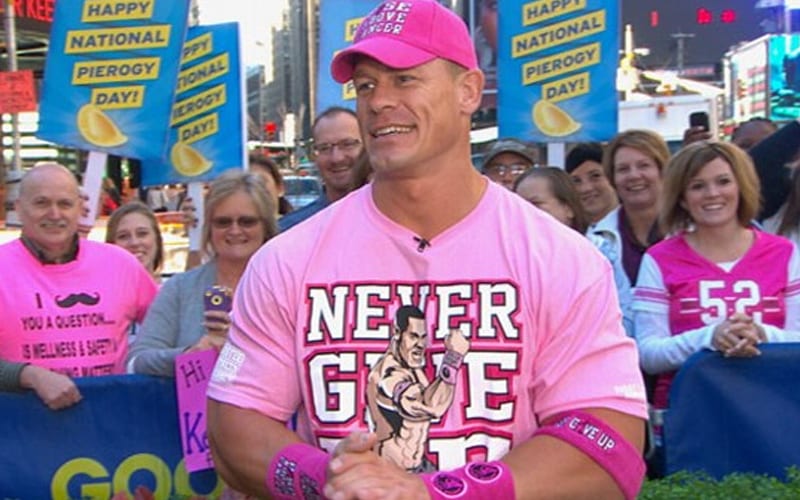 John Cena is known for a lot of things, but his underwear isn’t one of them… until now.

Cena was recently profiled by Men’s Journal when something very interesting was revealed about his personal underwear choices. John Cena was undressing in front of the photographer between takes to get a new set of clothes on. This when his “hot pink” banana hammock thong was noticed.

The reporter described it as “Picture just some poor spandex holding on for dear life.”

When asked about his underwear of choice, Cena simply replied: “It is [my underwear] … More for the fit, less for the color.”

John Cena didn’t pick these particular undies because of the color, but the style does match his MO. TMZ reports that there have been a couple of occasions when attention was called to Cena’s affinity for banana hammocks.