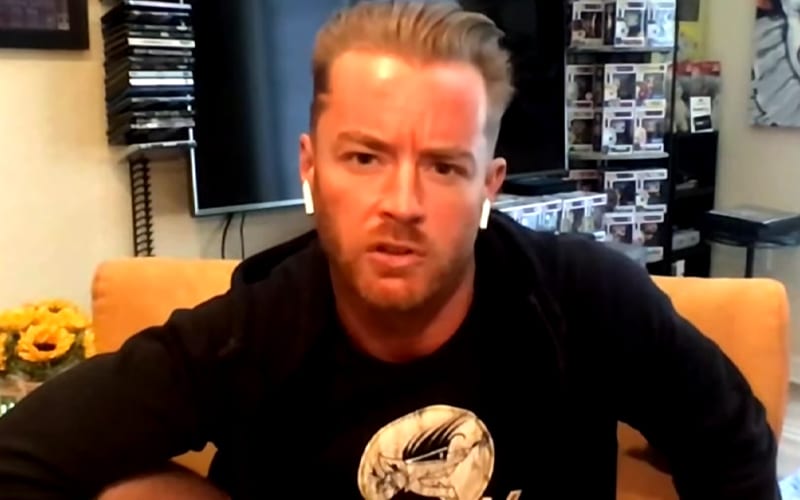 Drake Maverick was released from WWE, but he was already booked in the NXT Cruiserweight Tournament. The round robin tournament now means more than ever, especially for Maverick.

He already started selling new Rockstar Spud merchandise. His social media handles have not been changed as of this writing. WWE is still using Drake Maverick during his 90-day non-compete clause. He’s still being paid throughout that time as well.

Maverick did not win against Jake Atlas this week on WWE NXT. The fact that Maverick is fighting for his career was made more than clear.

WWE has rescinded releases in the past. The Blue Meanie, Matt Hardy, Emma, and others were released from WWE only to be re-hired almost immediately. There is still a chance for Drake Maverick in WWE, but as of right now it is still a possibility and nothing definite.

If the company receives enough of a response from fans online then that could always turn things around for Maverick. A lot of it relies on Maverick himself, but he seems plenty motivated to deliver. Since there are no live fans in the arena that eliminates a possibility of getting chants going to save Drake Maverick’s job. A hashtag might be a reasonable alternative.

Do you want to see WWE re-hire Drake Maverick? Sound off in our new and improved comments section! You can also tweet about it and tell WWE directly.