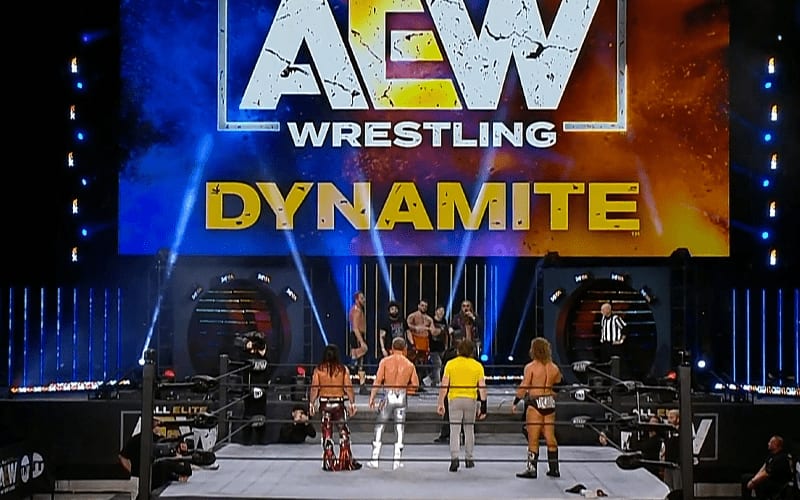 AEW recorded a ton of content at QT Marshall’s Norcross, Georgia gym. They will run out of those matches eventually. Luckily, the situation around them is allowing for live television once again.

The Wrestling Observer Newsletter reports that All Elite Wrestling will return to taping live once again very soon. It is reported that their plan is to do so in the next few weeks in Jacksonville, Florida’s Daily’s Place.

AEW is also going back, likely to live programming, in a few weeks, which would put them in the same situation. While this could also change depending on the circumstances and they have enough taped to last for several more weeks, the plan right now is for AEW to go back either weekly or more often starting on 5/6 from Daily’s Place in Jacksonville.

Anything can change as the novel coronavirus has not gone away and it is infecting more people. A vaccine is still months away and and no treatment has been clinically proven to work against the virus.

Daily’s Place does provide a great atmosphere for pro wrestling, especially if they can line a few people around ringside to give the illusion of a crowd. We’ll have to see how long fans can actually return to large scale events again, but pro wrestling has a way of figuring out even the toughest situations.

What do you think about live programming returning? Does it make the show better to watch? Sound off in our new and improved comments section!