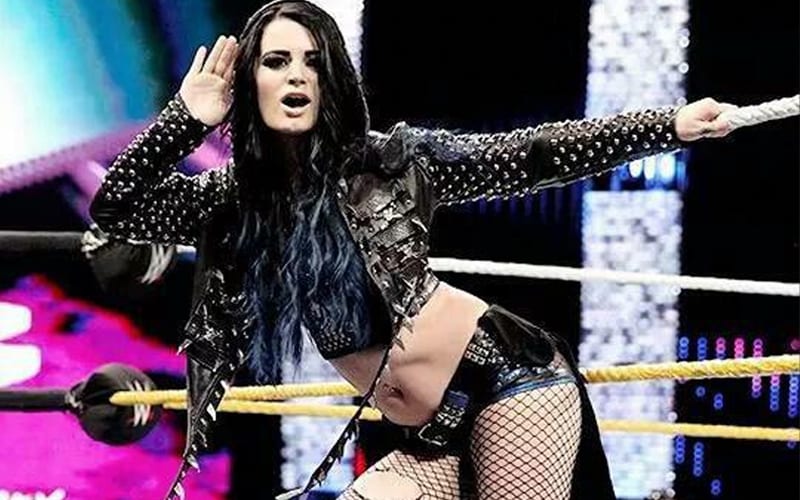 WWE puts a lot of pressure on their champions to represent the company and carry the title proudly. Getting those belts around the country is another story.

While discussing life as a WWE Superstar on A Little Late With Lilly Singh, Alexa Bliss revealed some of the hardships of being a champion that fans might not think about. They must travel with their title which can create some interesting situations.

“You have to take it everywhere. It’s like, ‘Oh my gosh, I won a title,’ and they are like yes, now you have to carry it through TSA. It can get you into weird, embarrassing situations. It always has to be on a carry-on… I was putting my bag in the overhead and my bag just wouldn’t fit. The guys like, ‘Excuse me, miss, you need to check your bag,’ and I was like no no, no no, it’ll fit. He’s like you need to take something out of your bag and of course, the only thing that I can take out was the title and then of course miraculously my bag fit. I had to sit there and be that person, that in case you didn’t know I’m the champ, I’m sitting in my airport seat with my title.”

Paige chimed in and told a story about getting some flack from the TSA because she was toting around a title belt, but her jacket really brought the most attention. They were concerned that Paige might use the spikes on her ring gear to inflict some sort of violence on the flight.

“Obviously, when you check your bags, I had my championship in it. But they were all focused on my jacket. I had a crap-ton of stones on it… Obviously there’s a lot of metal, the woman pulls it out and she’s just like, ‘What is this?’ I’m like it’s my jacket, and she’s like that’s a very spiky jacket are you going to use that as a weapon… You think I’m going to come on the plane and just start attacking people with my jacket? We literally had a crowd of people inspecting my jacket. I said I promise you I’m not using this as a weapon I actually wear this thing. In the end, they were like, ‘oh, it’s just a jacket, you can go through.'”

WWE Superstars are public personalities and widely known. If someone doesn’t know who they are a quick Google search should remedy that. That should explain why Paige had such dangerous clothing.

It’s still something to think about when we see Superstars wearing extravagant attire to the ring because it had to get there somehow.