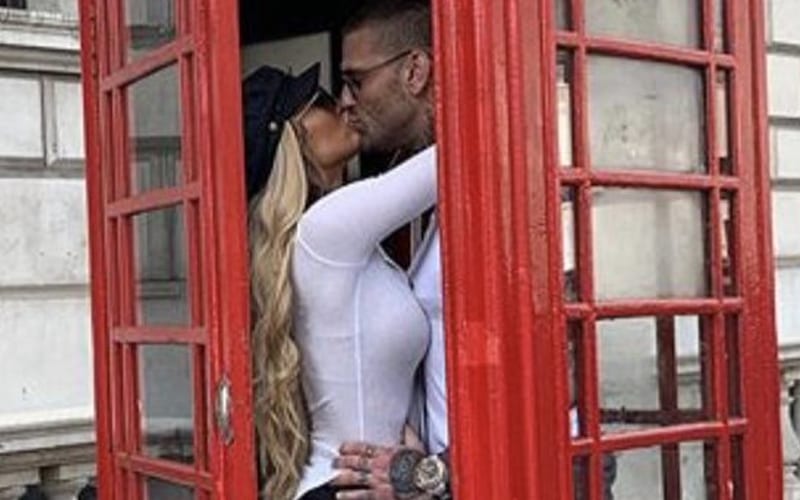 Corey Graves and Carmella have a lot of fun together and some of those good times are on camera. Fans apparently aren’t ever going to see a lot of their video footage.

While on a recent live stream, Mella and Graves took some fan questions. Carmella was especially hyper as the isolation might have been getting to her a bit. She had a good time singing like Cher as Corey Graves looked on with a blank stare on his face.

“I truly feel bad for my boyfriend. How does he deal with me,” Carmella later commented after seeing the video.

Corey Graves was also asked if he will ever wrestle Carmella. His reply was rather interesting and seemed to reveal a bit more than this fan might have expected with their question.

“‘Are you gonna wrestle with Carmella?’ Yeah, but not on camera, well for you guys to see… that’s a whole other can of worms.”

Carmella commented during his answer saying: “well, on camera, but not a live camera.” She had a sly smile on her face the entire time.

It’s good to know that Carmella and Corey Graves are keeping each other entertained during isolation. They are also apparently working on producing their own content, but it won’t end up on the WWE Network, or anywhere else others can see it.

What do you think about the way Corey Graves and Carmella answered this question? Sound off in our new and improved comments section!