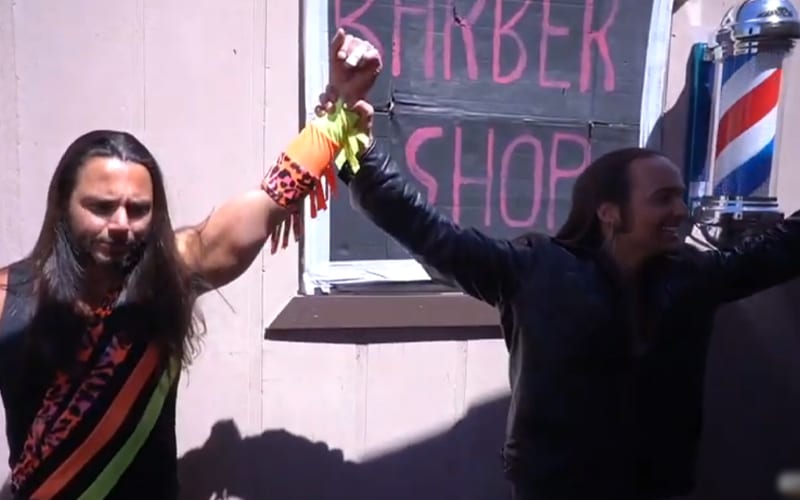 The Young Bucks are considered by some to be the greatest tag team in the world. They work well together as a team, but the two also make good opponents.

Being The Elite celebrated their 200th episode this week and they did so by pitting brother vs brother. The Young Bucks were unable to leave California due to the novel coronavirus pandemic, but they got a ring at the Being The Elite compound.

Last week’s Being The Elite featured 3 parts. Nick Jackson won a battle royal and got to pick his opponent for this week’s show. The only person he wanted to face was his brother Matt.

The Young Bucks tore each other apart as they fought all over the Being The Elite compound. Then they got in Nick Jackson’s golf cart and continued the fight as it moved up the driveway bringing them to the gym.

This was an inventive match as they fought around the property. There weren’t many soft surfaces to take bumps on either. They continued fighting in Nick Jackson’s backyard causing his wife closed the blinds on their kids while they were watching the match unfold in front of them.

They continued and Nick Jackson put Matt through a table with a high risk swanton bomb. This was followed by a Spanish Fly off a diving board into the swimming pool. The referee even got in the pool and made the two count.

As Matt was getting out of the swimming pool, they cut to a dream sequence where the two reenacted the Rockers’ famous breakup where Shawn Michaels threw Marty Jannetty through a barbershop window. Nick was HBK in this situation.

Matt Jackson snapped out of it, and they continued the fight. Matt ended up hitting Nick with a tombstone and then he put on a thumbtack covered shoe before hitting a Superkick on Matt. This was a reference to the famous thumbtack covered boot shot that Candice LeRae took at the hands of the Young Bucks in PWG. Matt then hit a dive through another table for the win.

Matt Jackson was the winner of this very unconventional match. You can check out the entire epic contest below.