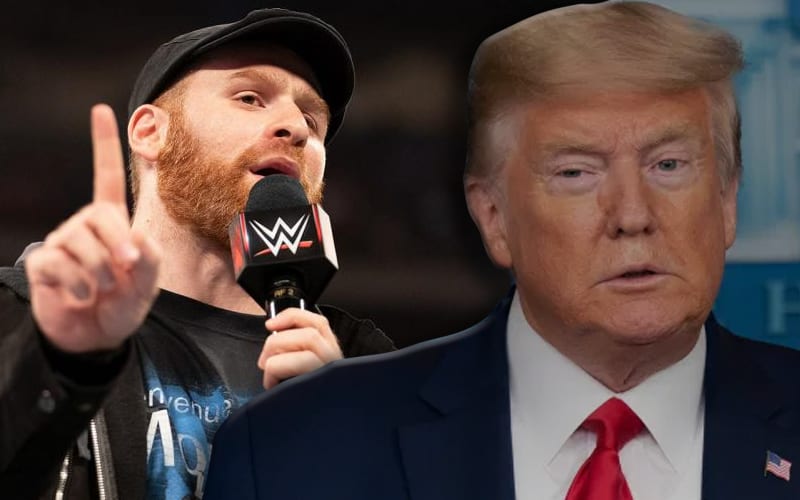 Sami Zayn got political recently, but that’s really nothing new for him. He spoke out against Donald Trump’s cries to “liberate” states while calling it irresponsible to open any state back up at this time.

The former WWE IC Champion stated: “There is a type of stupidity & privilege that is so distinctly American, encapsulated perfectly by the idea that we are being oppressed & losing some sort of ideological war on freedom if we can’t spend our evenings in a packed TGIFridays at the height of a lethal viral outbreak.”

Road Dogg read that tweet and he thought it was a shot at TGI Fridays for some reason. The WWE Hall Of Famer replied saying:

I’m American, I like TGI Friday’s, especially their app platter, am I stupid? #OUDK (maybe this was heel Sami) (maybe my tweet was “in character”)

Sami Zayn then had to clarify to Brian James exactly what he meant. It’s not about TGI Fridays. It’s about drumming up chaos and encouraging unsafe behavior by using a nonexistent war on liberty.

Dogg! Clearly not calling all Americans (or liking TGIFridays) stupid. In short, I’m saying that conflating safeguarding public health through responsible social action with a nonexistent ‘war on liberty’ is stupid & stems from a hyper-individualism specific to American culture.

This is a very tumultuous time in American history. It seems that things get more complicated every day. As we all wait for society to safely open back up and things to return to some form of normalcy, we thank you for reading all about it here at Ringside News.

Are you on Sami Zayn’s side on this one? How about Road Dogg? Are you just in it for the TGI Fridays? Sound off in our new and improved comments section!