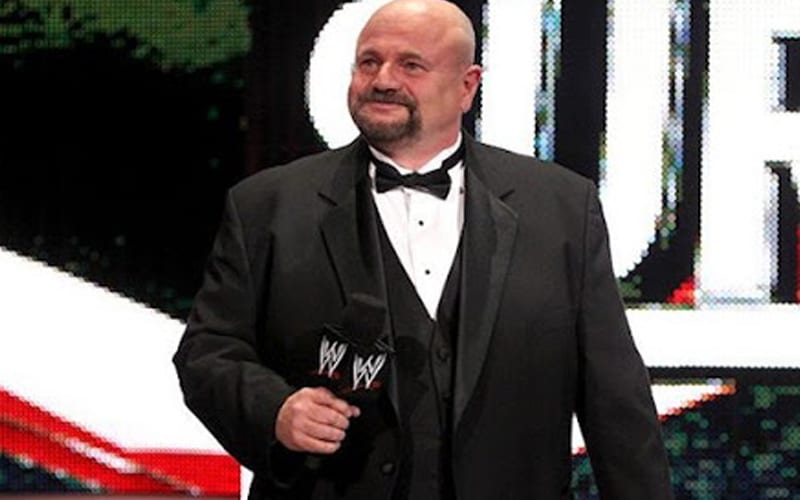 We are very sad to learn of the passing of legendary WWE announcer Howard Finkel. He was 69-year-old.

He suffered a serious stroke in the past year and was in very bad health.

Finkel made his WWE debut in 1977 for the WWWF in Madison Square Garden. He remained a mainstay in WWE for years to come after becoming the company’s full-time announcer in 1979.

WWE wrote up a memorial for Finkel where they remembered the times where his role in the company extended outside of his typical ring announcer duties.

Despite being a ring announcer, Finkel didn’t shy away from in-ring competition in certain circumstances. In 1995, he battled his longtime rival Harvey Wippleman in a Tuxedo Match on Raw, and later helped X-Pac shave Jeff Jarrett’s head in a Hair vs. Hair Match at SummerSlam 1998.

Our thoughts and prayers go out to his family, friends, and any fan who ever enjoyed Howard Finkel’s amazing personality. He will be missed, RIP Fink.