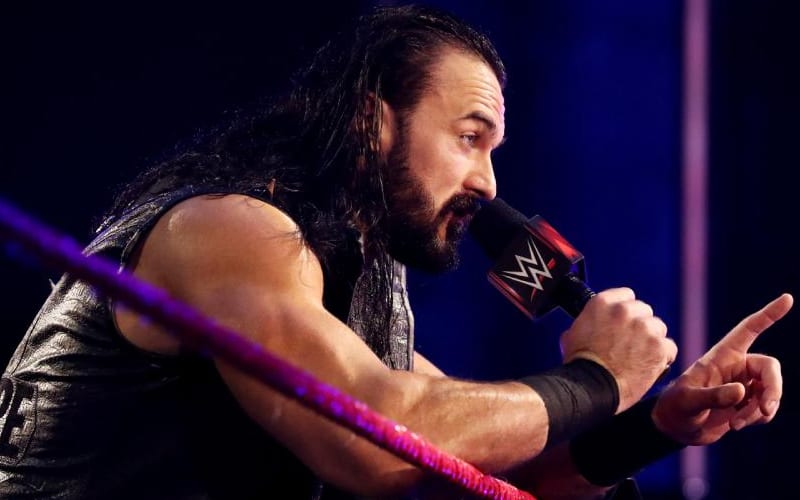 Drew McIntyre is able to show a side of his character now that he wasn’t afforded the opportunity to before. As WWE Champion, he has a lot of attention and television time. His time on the microphone is a bit different from other Superstars who must parrot lines verbatim.

While speaking to Chasing Glory, Drew McIntyre revealed that he told WWE not to give him lines to recite. He takes bullet points, but he wants to have the ability to go out there and show a side of himself that is genuine.

“To be honest, I get the basic idea, the bullet points, and I always tell them, don’t make me recite it because it’s gonna sound like lines and I don’t know what I’m gonna say, just tell me what I’m gonna have to hit. If I had any advice for any of the guys and girls out there doing these empty arena things, it’s just go with the flow, don’t pretend there is a crowd there, just feel the moment and just take it for what it is.”

WWE is obviously supporting Drew McIntyre during this phase of his career. Vince McMahon gave him a top title and now McIntyre has a chance to speak his mind using some of his own words. This not only shows that WWE is behind McIntyre, but they also also have a tremendous amount of trust in him as well.

Do you like free stuff? REGISTER TO WIN A FREE T-SHIRT HERE!