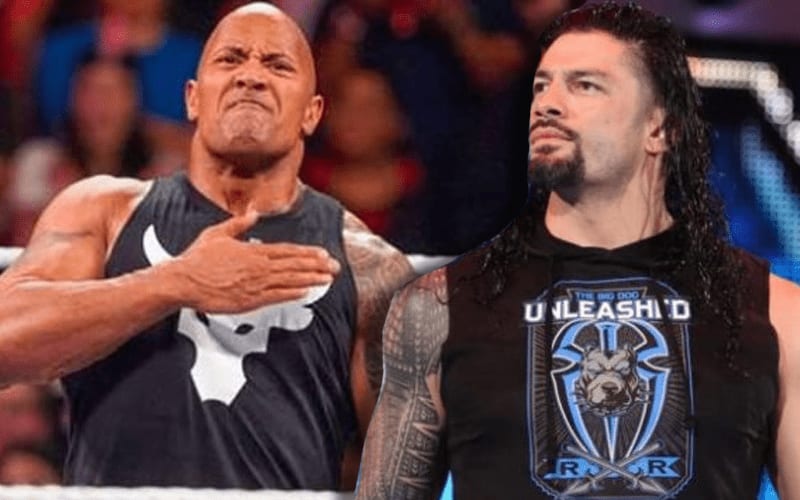 The Rock hasn’t been back to WWE for a match in a very long time. Hollywood took over his commitments. All the money on the line prohibits him from taking risks. He would still like to wrestle his cousin Roman Reigns if they can make things work.

The Big Dog is currently off WWE television. Vince McMahon has instructed everyone that they are not to mention his name. We’ll have to see how this situation pans out. WWE isn’t letting Reigns out of his contract, so he’ll likely be back when it’s safe.

During a recent Instagram live stream, Dwayne Johnson opened up about the possibility of wrestling Roman Reigns. It is not out of the question right now.

“You know for something like that to happen I think the venue would have to be right. I think the business model has to be right [laughs]. I’m very close with Roman, we’re family, so we’ll see.”

The Rock vs Roman Reigns is a match that a lot of fans really want to see. The biggest question is whether WWE will be able to give The Rock everything he wants to come back and work a match.

Do you think The Rock’s final match should be against Roman Reigns? Will this match ever happen? Sound off in our new and improved comments section!