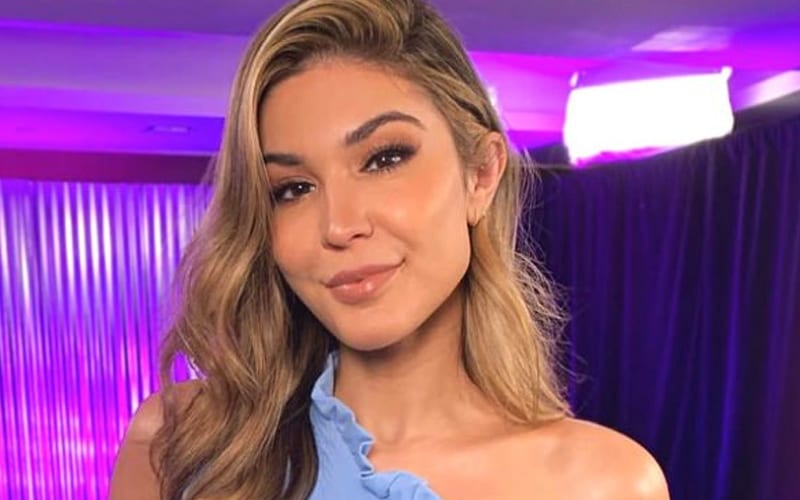 Cathy Kelley left WWE after NXT TakeOver: Portland. It was sad to see her go and she tried a lot in the process. She moved on and has already popped up in a new sitcom.

The former WWE backstage interviewer has a role on BlackAF, the new Netflix sitcom created by Kenya Barris, the mind behind Black-Ish, Mixed-Ish, and Grown-Ish. Kelley’s role was short, but her good friend Kayla Braxton was elated to see her.

Braxton recorded Cathy Kelley’s scene as an airline stewardess. She captioned the video saying: “OMG OMG my friend is famous. Was binging BlackAF and look who pops up! Cathy Kelley!”

You can check out the clip below. You never know if this role might get the ball rolling for even more acting opportunities down the line.