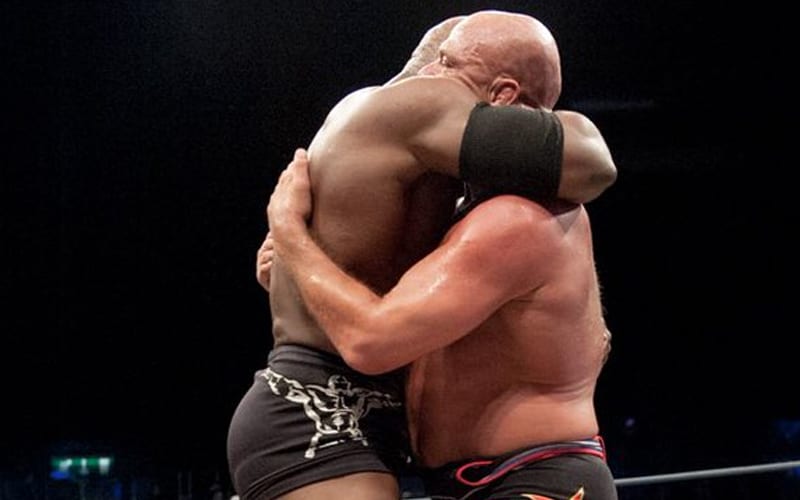 Bobby Lashley is still with WWE as Kurt Angle was released. The All Mighty still has the Olympic Hero to thank for a lot of things.

While posting a Throwback Thursday picture, Bobby Lashley revealed a photo from the day Kurt Angle changed his life. Lashley was at the Olympic Training Center when Kurt Angle came in. After spending some time with Lashley, Angle told him that he should look into pro wrestling. The rest is history.

This picture was from the Olympic Training Center. I was training there and @therealkurtangle came in that day to do some filming for the @wwe. I had followed Kurt’s career since his college days to so I was already a huge fan. After practice Kurt pulled me aside and told me he wanted to bring me into the world of professional wrestling.😳 After a series of events I found myself at @ovwwrestling contracted by @WWE! It’s crazy how we are all just one decision away from a completely different life. Thank you

Kurt Angle influenced millions of people around the world as he performed tirelessly in the ring. Some he had great impacts on might be huge names themselves. It just goes to show how big of a loss it is for WWE to cut Kurt Angle.

What do you think about WWE releasing Kurt Angle? Sound off in our new and improved comments section!