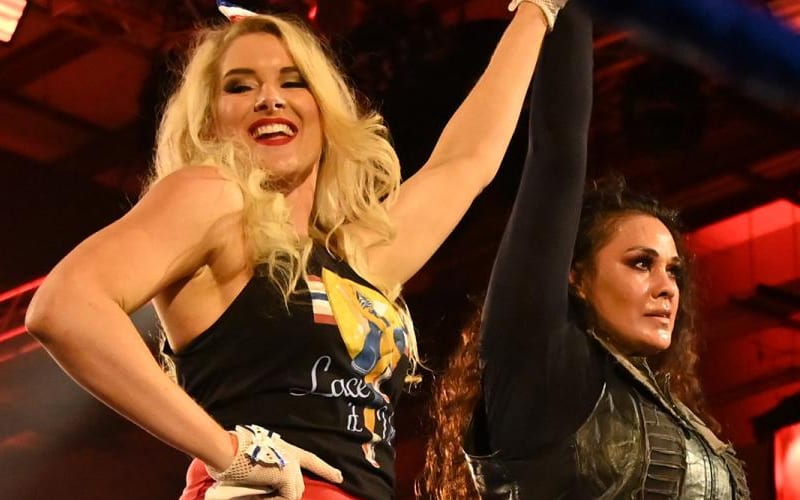 Lacey Evans is still the Lady Of WWE. She is also making WWE’s Performance Center tapings. She’s not in the big title match coming up, but she still found a way to get involved.

Evans charged the ring this week on WWE Friday Night SmackDown. She took out Bayley to make sure that Tamina Snuka had a fighting chance to win the match. Snuka ended up defeating Sasha Banks and claimed a future SmackDown Women’s Title match.

Tamina Snuka took the time to thank Lacey Evans for her help. She also called Bayley out for being a “conniving cheating coward” in the process.

I just want to take this time and thank The Southern Belle @LaceyEvansWWE for her help last night on #Smackdown and putting that chicken in her place, and no I’m not talking about Sassy, but that conniving cheating coward @itsbayleywwe Much Thanks#LimitlessLady #Sassy

We’ll have to see what’s next in this situation. Tamina Snuka could be a placeholder until WWE can get closer to a big event. You also never know what WWE could have planned following WrestleMania.

What do you think about Bayley’s next contender? Who’s going to become the next SmackDown Women’s Champion? Sound off in our new and improved comments section!