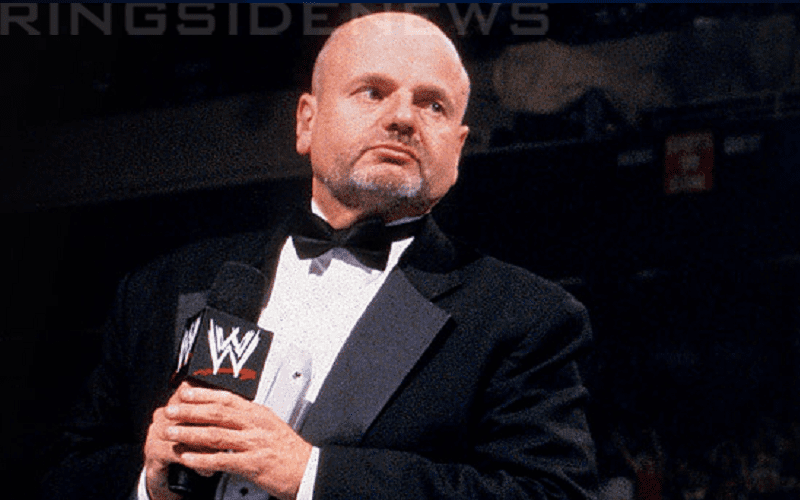 Howard Finkel hasn’t appeared on WWE television in quite some time. Right now it appears he is in a seriously bad way.

The 68-year-old WWE Hall Of Famer gave decades to the pro wrestling business, now it appears his health is extremely poor. Jerry “The King” Lawler said on his podcast that Finkel suffered a serious stroke and the news isn’t good.

The Wrestling Observer Newsletter described Howard Finkel’s situation as a “really sad story.” Finkel is loved throughout the WWE Universe and his voice announced a multitude of legends to the ring during his time as WWE ring announcer.

Finkel was eventually replaced by Lilian Garcia who is no longer in the role of WWE ring announcer either.

Our best goes out to Howard Finkel and all of his family, friends, and fans from everyone at Ringside News. This is terrible news.