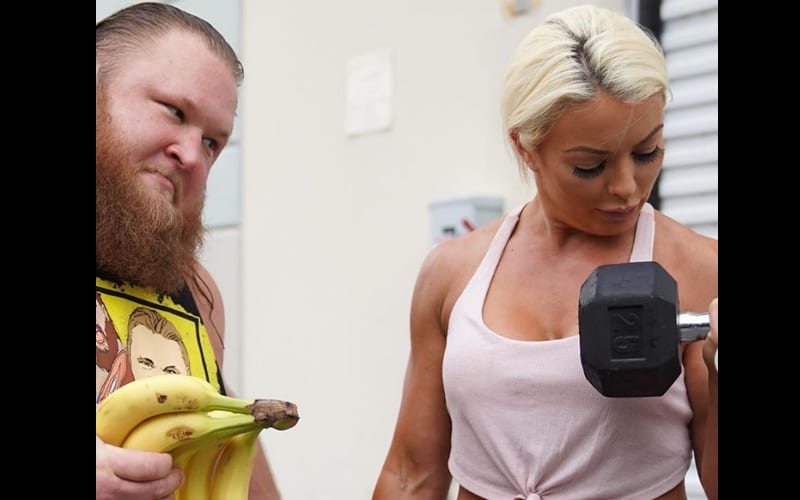 Otis got the girl at WrestleMania 36. It was a storybook ending to their romantic comedy leading to Mania, but the show must go on. It might be time for Otis to meet Mandy Rose’s mother soon.

While appearing on WWE The Bump, Mandy Rose was asked if her mother approves of this budding relationship. The answer was affirmative because Mama Rose is a big fan.

“Oh yeah,” Mandy Rose said, “how about when [my mom] did her Otis impression? She gave an ‘oh yeah.'”

Otis chimed in and inserted an “Oh yeeeah” of his own as he often does. He said, “Oh yeah, I love mama.”

Mandy Rose stated that her mother is her biggest supporter always, and she loves it. “She watched [my WrestleMania moment] over and over again,” Rose said before saying that her mother “can’t wait to meet Otis.”

“I’m gonna give her a big squeeze and an air hug when I see her,” Otis said of Mama Rose. This got a big laugh from Mandy Rose.

We’ll have to see what’s next for those two love birds. SmackDown was in the middle of filming last week when Vince McMahon changed his mind and decided to film live. Mandy Rose and Sonya Deville are set to have a confrontation in the ring this week on the blue brand’s show. That segment might have already been filmed.

What do you think about Mandy Rose and Otis’ relationship? How’s this going to end for the two? Sound off in the comments below!