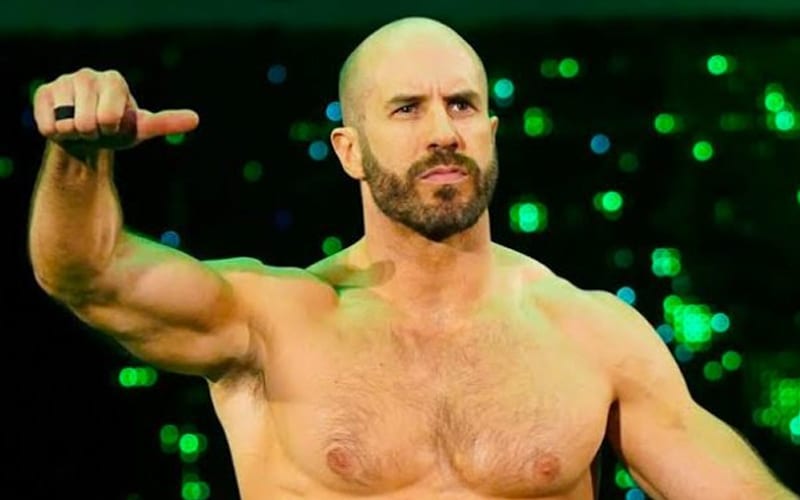 Cesaro is appearing on SmackDown every week and is prepared for a big match this week against Daniel Bryan. He worked his way through FCW into NXT and had some great matches in WWE’s black and gold brand as well. He also saved Tyler Breeze’s job in the process.

During The New Day: Feel The Power, they welcomed Cesaro onto the podcast. Big E told a story about how Cesaro knocked Prince Pretty “back to 1922” with an uppercut during a match in FCW. The way that Breeze sold that move from Cesaro kept WWE from axing him before he ever got his main roster call-up.

“To this day, he’s just really good. I feel like [he’s] underrated. This was the the ‘Dalton’ days where I just think he didn’t have anyone who was in his corner. No one really liked him or thought much of him. But I believe if I recall correctly, he was very close to being fired. People were so impressed with the way he took that bump that you (Cesaro) saved his job. Legitimately saved his job with that bump, and he’s still here today.”

Before landing on the name Tyler Breeze, he went as “Mike Dalton.” This happened before a lot of fans had the chance to see him. Cesaro didn’t even realize what he did for Tyler Breeze during that match as he was just landing another one of his patented uppercuts. Breeze certainly took that opportunity and sold it like a champ.

We’ve probably tracked the match down that Big E was talking about. It was likely Cesaro’s FCW debut. It was a short match and you can check it out below. Mike Dalton (Breeze) eats a massive uppercut at around the six-minute mark.

Do you miss seeing Tyler Breeze on the main roster? Is he better off in NXT? Should he join his buddy Shawn Spears in AEW? Sound off in the comments below!