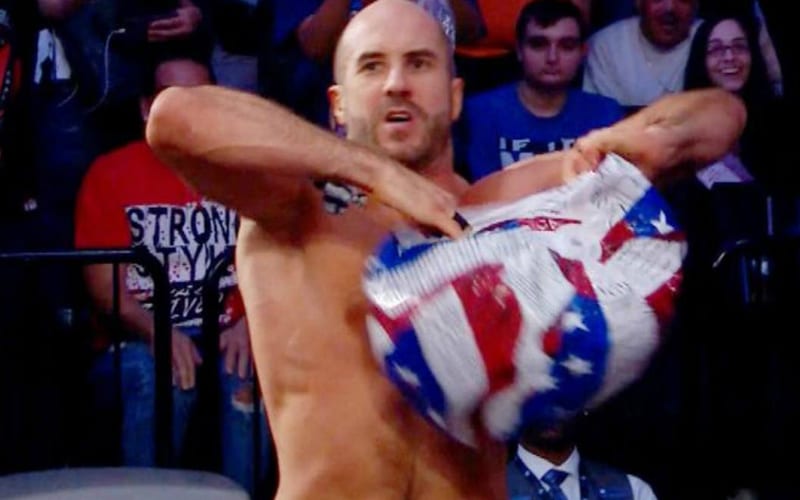 WWE fans have a lot of fun at live events. Eventually they will get that chance again, but Cesaro would rather them leave the beach balls at home.

During the 2018 Royal Rumble event, Cesaro famously had a bad time with beach balls. This was after Shinsuke Nakamura won the Royal Rumble and the fans were pumped to see him eliminate Roman Reigns. The Sheamus & Cesaro vs Seth Rollins & Jason Jordan match that followed didn’t get the best treatment from fans.

Cesaro remembered that time while he spoke to New Day: Feel The Power. The Philadelphia crowd was pumped, but they decided to show their excitement in a very distracting way.

“So the crowd just was crazy (following Nakamura’s win) and we go out and it’s just really hard to get them back into the match. Certain spots on the card are sometimes tougher to get the crowd into it. But I’m always like ‘no, forget it. Don’t worry, we’ll, we’ll get them out, I’ll find a way.’ We all find a way to do something.”

Cesaro wasn’t about to let a beach ball ruin his match. So he took control of the situation to let fans know that a professional wrestling event isn’t the ideal place to play beach games.

“I wait till like one of our security or something just secures it, so now it’s in one place. And I just look at Sheamus he goes like ‘DON’T MOVE’ (laughs). I run over and grab it. It’s just like one of those like ‘no screw you (the fans) this is OUR thing.’ So when I saw that beach ball I was like ‘okay I’m not gonna let that beach ball ruin my match.’ I was like, ‘SCREW THAT BEACH BALL THIS IS MY MATCH!’. Again an organic moment that was authentic.”

WWE has since banned beach balls from live events right along with glass bottles, video cameras, and laser pointers. We might see beach balls sneak in from time to time, but security has full authority to snag them and kick out whoever brought in the contraband?