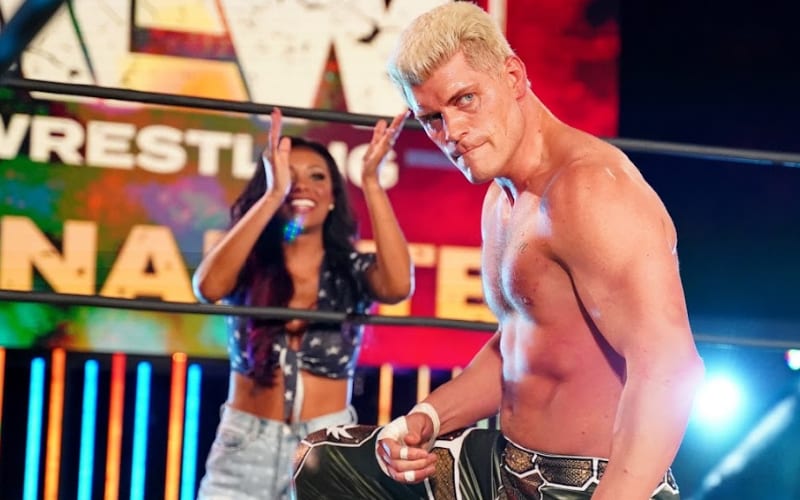 AEW recorded over 20 matches at QT Marshall’s gym in Norcross, Georgia. This was a closed-set taping and they had a lot of work to do. They might have lined some AEW stars around the ring, but it was totally empty backstage.

During Wrestling Observer Radio, Dave Meltzer revealed that Tony Khan was the only person in the backstage area during AEW’s television tapings. That was different from WWE as people were shown backstage during Edge and Randy Orton’s last man standing WrestleMania encounter.

“The thing about AEW is that it’s Tony [Khan] backstage and no one else. When I saw that Edge and Orton were brawling [at WrestleMania] they went through backstage and we saw several people so that’s a little different.”

AEW has television content until May, but WWE is taping live programming every week. We will have to see which tactic was the most successful after everything pans out. Hindsight will certainly reveal a lot of things that we didn’t see in this situation.

Who do you think is handing this situation better? Is QT Marshall’s gym a better location than the WWE Performance Center? Sound off in the comments below!