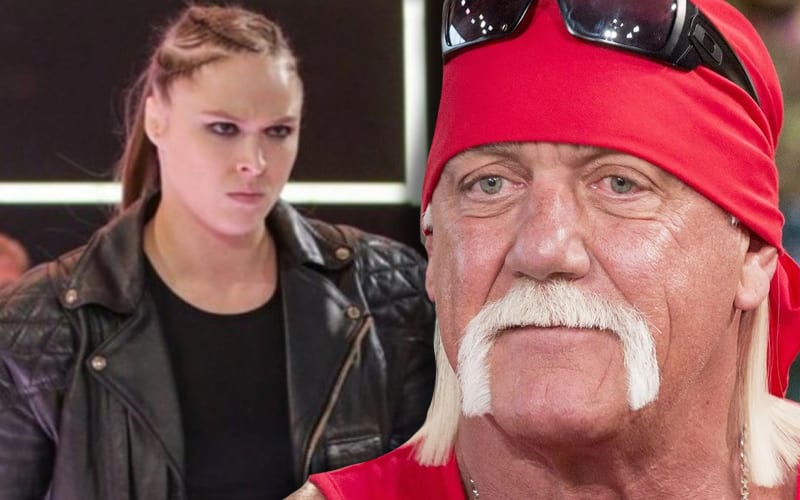 Ronda Rousey upset a lot of WWE fans and a few Superstars with her recent comments. She doesn’t feel like leaving home for “ungrateful” WWE fans. The fact that Ronda Rousey also called pro wrestling “fake fights” didn’t help either.

The Baddest Woman On The Planet sent out another tweet to antagonize fans. In the process, she borrowed a couple of lines from an older Hulk Hogan tweet.

The Hulkster saw this post from Rousey and he commented on one of her Instagram posts saying:

Wow that’s how I need to wake up every morning instead of coffee, marks always work themselves into a shoot especially when they are in the ring ,truer words have never been spoken, yo Travis love u guys. HH

It seems Ronda Rousey has plenty of heat on her right now, but that might be her intention. During her last run, she got really into her character and posted a scathing video that got mainstream coverage where she went off on WWE. We’ll have to see what’s going on in this situation, but Hulk Hogan seems to get it.

What do you think about Hulk Hogan’s comment? Is Ronda Rousey preparing for a WWE return? Sound off in the comments below!