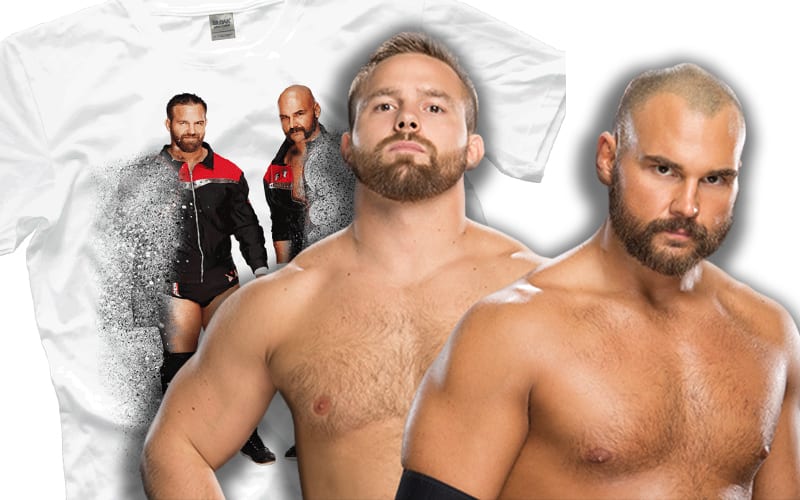 The Revival are no longer with WWE. The Top Guys are officially out and they have no non-compete clauses either. They got right to work on marketing as well.

The Revival picked new names already. What do you think of them?

New FTR t-shirts have dropped and they show the former Tag Team Champions flaking apart and falling away just like half the world after Thanos snapped his fingers in Avengers: Infinity War.

The Revival got a few nice t-shirts in WWE, but this one is very unique. They are now available and ready to ship which makes us wonder how long they were preparing for this big day.

These shirts are pretty great. It’s easy to picture Dawson looking at Wilder and saying, “Dash, I don’t feel good” before denigrating into the wind. The name of this t-shirt is appropriately titled: “F(arewell) T R”

What do you think about this design? What kind of message do you think they’re trying to send? Do you want one immediately? Sound off in the comments below!