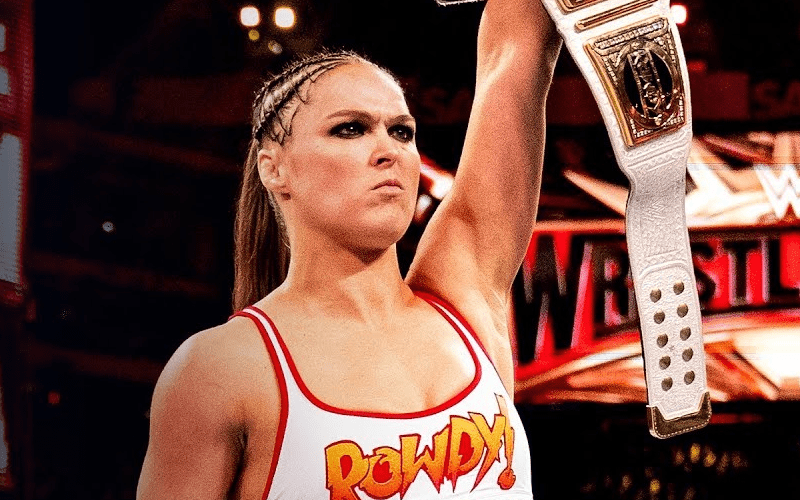 Ronda Rousey worked full-time for WWE and made many road dates. She also took part in a European Tour, but she doesn’t know if she can do it again.

While speaking with Steve-O as she gave him a tour of Browsey Acres, she was quite candid. The Baddest Woman On The Planet said that after working so often she doesn’t think taking constant bumps is conducive to starting a family.

“I did completely full-time for a year. All of the TV and as many live shows as I could. I probably worked 200 days out of the year. Most people do way more. Most people have live shows throughout the week, then go and do TV, then get to be home for a day and a half, then do it again. It’s non-stop. It was so much time away from my family that I couldn’t do it sustainably. Me and Travis [Browne] want to have babies and if I’m gone 200 days a year taking powerbombs every night, I don’t think that’s conducive for conception. We wanted to take time and make us a priority. I don’t know when I’m gonna go back. I know I want to, but I don’t think I’ll be able to do it in that capacity again. I couldn’t put my family through that again.”

Ronda Rousey wants to come back which is the important part. She obviously won’t be working as a full-time Superstar if and when she does make her return to WWE.